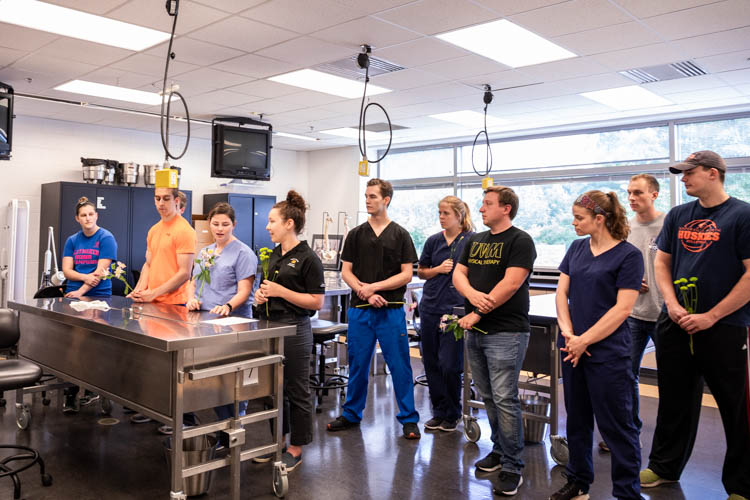 Athletic training and physical therapy students come together to share the lessons they learned from the cadavers dissected in an anatomy class. (UWM Photo/Mikaila Dusenberry) 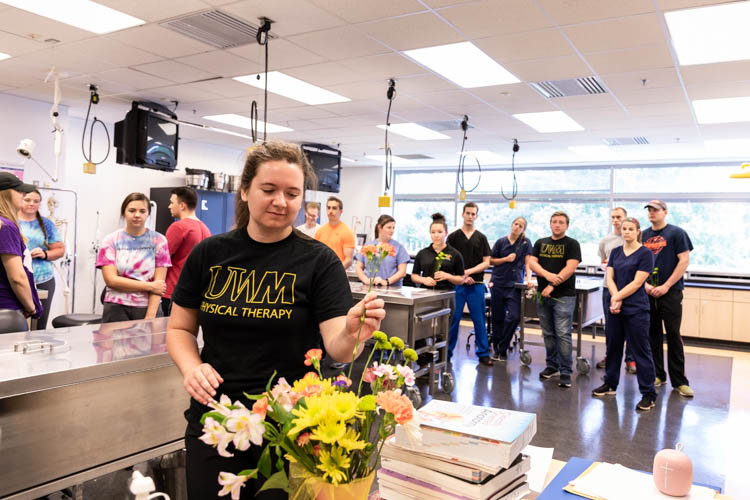 Student Jessica Burke places a flower in a vase. The bouquet of different flowers signified the distinctive qualities of each person who donated their body. (UWM Photo/Mikaila Dusenberry) 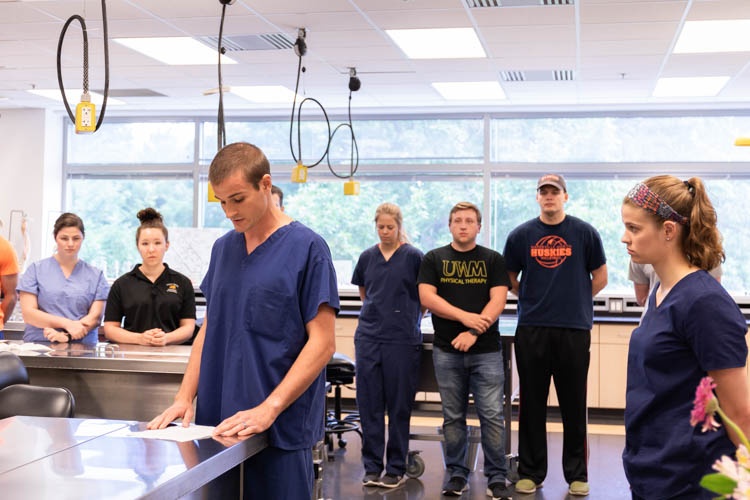 Student Gabe Serafin shares a letter he wrote to the families of those who donated their bodies to show his and other students’ gratitude. (UWM Photo/Mikaila Dusenberry) 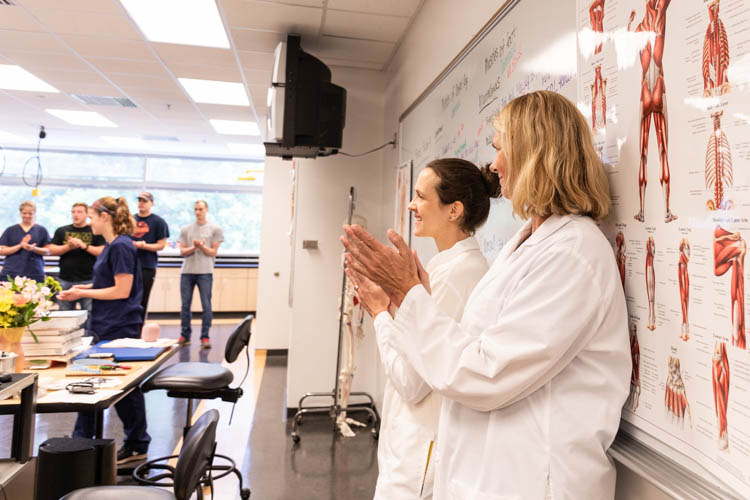 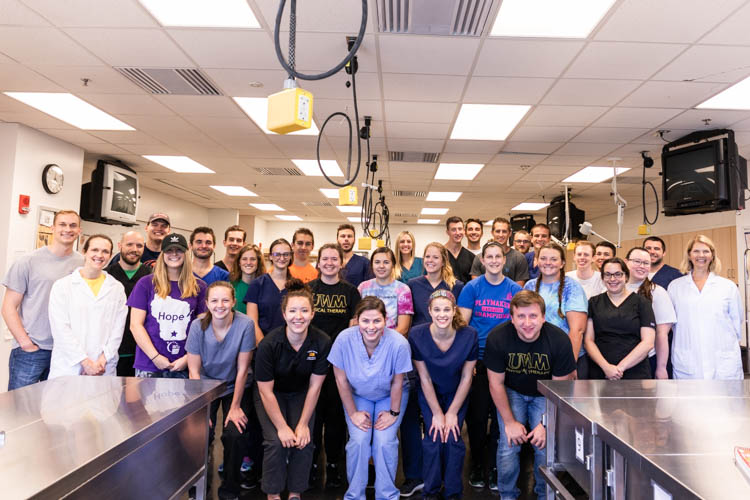 Students and instructors assemble for a group photo to commemorate the event. (UWM Photo/Mikaila Dusenberry)

At the conclusion of this summer’s Gross Anatomical Kinesiology class — which involves dissection of human cadavers — students gathered to honor those who donated their bodies.

“I think it’s really great that the students take it on themselves and they come up with something to honor the donors,” said Hayley Ericksen, clinical assistant professor and class instructor along with Carlynn Alt, clinical associate professor.

Six cadavers become teaching tools during the summer class for first-year athletic training and physical therapy students. In each lab session, students would focus on a different area of the body. They would spend hours searching for certain muscles, ligaments, bones and other body structures to truly understand the human form.

At the end of the term, students create a ceremony to pay their respects to the donors whose bodies spent so much time teaching them. The ceremony also is a way to show gratitude to the donors’ families.

“For the rest of our careers, we’re never going to forget this experience,” said student Gabe Serafin.

Christine Eble and Jessica Burke collected from their fellow students the memories and the lessons learned to help brainstorm what they would say during the ceremony.

The ceremony began with each student talking about what they had learned from the cadavers. The event was small and intimate, involving only the students and instructors.

“It’s an opportunity for the students to get creative and think about what they appreciated about this learning experience,” Ericksen said.

The ceremony featured the students splitting up a bouquet of flowers. Each student held a flower and, after sharing what they learned, placed the flower in a vase.

“The flowers were all different to signal that all the cadavers were different,” Serafin said.

At the end of the ceremony, Serafin read out a letter to the families of the donors to thank them for their sacrifice.

The ceremony was conducted for the first time last year as a way for the students to learn to respect the donors. Ericksen said that the ceremony will be a tradition from now on for the anatomy class.

“It’s really a gift we’re given to actually see all these structures inside a body,” Ericksen said.