During Antarctica’s summer, from late November 2016 through January 2017, an international team including UWM geologists Erik Gulbranson and John Isbell climbed the frozen slopes of the Transantarctic Mountains. High above the ice fields, they discovered fossil fragments of 13 trees from the end of the Permian Period, which predates the first dinosaurs. 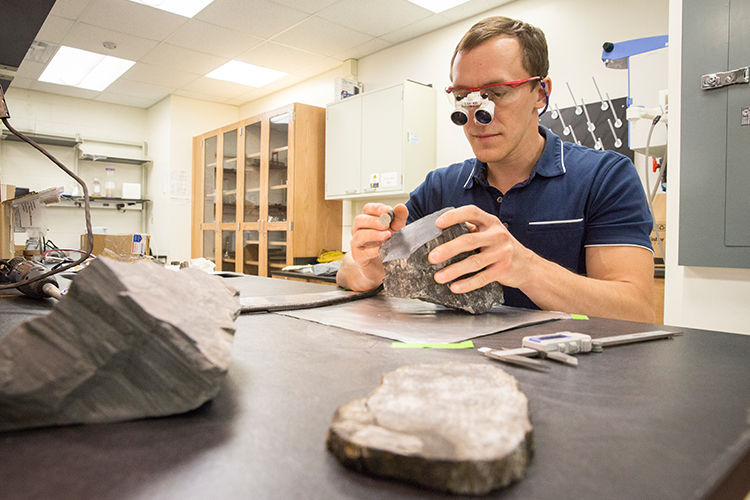 Geologist Erik Gulbranson studies some of the fossilized trees he brought back from Antarctica. (UWM Photo/Troye Fox) 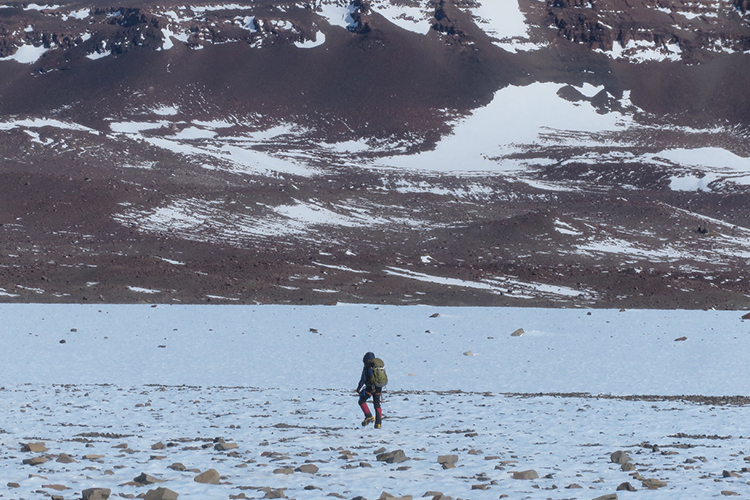 A researcher treks across a field in Antarctica. (Photo courtesy of Erik Gulbranson)

The Permian Period ended 251 million years ago in history’s greatest mass extinction when the Earth rapidly grew warmer. More than 90 percent of Earth’s species disappeared, including the polar forests. Remnants of those forests were exactly what the researchers were seeking, and what they found.

“This forest is a glimpse of life before the extinction, which can help us understand what caused the event,” Gulbranson says. “With further study, we can better understand how greenhouse gases and climate change affect life on Earth.”

Because the Antarctic forests grew at polar latitudes where plants can’t grow today, Gulbranson believes that the trees were an extremely hearty species, and he is trying to determine why they went extinct.