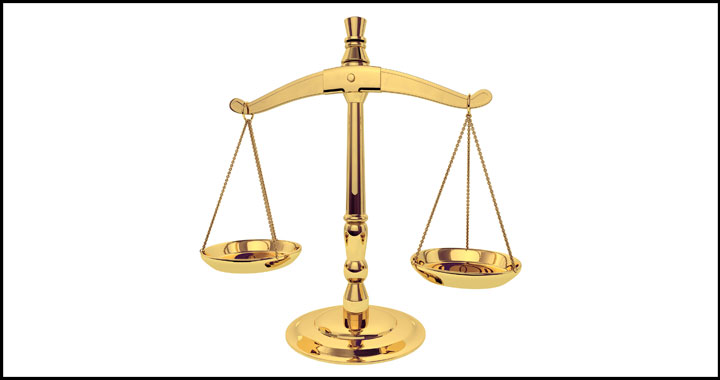 If it came down to a choice between saving Hitler or Gandhi from a sinking ship, assistant professor of philosophy Stan Husi would let Gandhi in the lifeboat every time.

And that, he argues, is one of the reasons why humanity does not have equal moral worth.

Moral equality is a very abstract concept, but at its core is the notion that each person on Earth has equal intrinsic value and should therefore be given an equal voice and equal regard in society. Moral equality is a quality that theoretically stands apart from all of our other attributes – like integrity, intelligence, social status, etc.

Husi’s not convinced. He challenges the idea in a paper published in the Journal of Ethics entitled, “Why We (almost certainly) are Not Moral Equals.”

“I’m skeptical of equality,” he said. “I say in the paper that we all have witnessed horrible discrimination and racism, all of these things that went wrong in the past. We all agree that these are horrible things. And so we assert that everyone is morally equal. And I’m like, really? Gandhi and Hitler are moral equals? The Dalai Lama and Stalin are moral equals? How can this be?”

The main arguments against moral equality

In his paper, Husi identifies four obstacles to the notion of moral equality.

No. 1: “Moral status would have to be connected to something in us that is
significant,” Husi said.

For example, one could make the argument that everyone who is taller than 1 inch would have moral equality. After all, all humans are taller than 1 inch and supposedly have equal moral worth. But, he points out, such a measure isn’t significant (and is, in fact, downright silly).

No. 2: Whatever quality determines equal moral worth “has to equalize. Everybody has to have it in the same amount,” Husi said. “Many philosophers think that 1 and 2 are sufficient for moral equality. In the paper, I’m saying that seems to be curiously mistaken.”

No. 3: Even if we were able to identify whatever quality about humanity makes us moral equals, we would have to prove that there isn’t another similar quality that is also morally significant and present in unequal amounts.

For instance, suppose rationality was the quality the determined peoples’ equal moral standing, and everyone had it in equal amounts. Intelligence is a similar quality, but this feature may be present in people in different amounts. If rationality is so important to moral equality, why wouldn’t our intelligence also impact our moral worth?

No. 4: Husi’s final argument is the “threshold” premise – the idea that people are moral equals if they possess an amount above a certain threshold of whatever virtue determines equality.

The problem there, he argues, is that you must prove that there isn’t another, equally significant threshold.

Husi can’t see how philosophers can reconcile any of those four issues.

The implications of no moral equality

Though Husi thinks humans are not moral equals, he’s quick to stress that this is not a justification to discriminate against people or hold on to prejudices. In fact, in some cases, it’s an argument for the exact opposite.

“White supremacists say white people are superior,” Husi pointed out as an example. “Both the egalitarians and I say that’s nonsense. My egalitarian friends say it’s because we’re moral equals, and I say it’s because race has nothing to do whatever might matter (for determining moral equality). … It would violate the first condition that I posited in the paper.”

Which is not to say that we shouldn’t discriminate in select instances. Picking Gandhi over Hitler to share his lifeboat is discrimination, but morally necessary, Husi argued. If people were truly moral equals, picking between the two should be an impossible choice.

Husi was inspired to write his paper after reading a paper by his mentor, George Sher of Rice University, that argued for the existence of moral equality. The two had lively debates about the subject, and Husi eventually penned a rebuttal.

“I have a lot of mistrust in slogans and assertions that sound nice,” Husi said. “I’m just asking some deep philosophical questions about things that some people believe are true and trying to see whether they can be justified.”