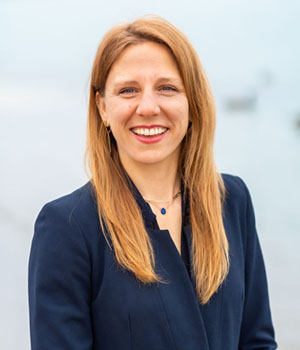 Dr. Marissa Jablonski is an accomplished water engineer, environmental advisor, and plastics-reduction expert who has worked in more than 45 countries on Earth. Her way of understanding and engaging in complex interactions between human beings and environmental systems, combined with her skills in storytelling and systems processes, make her a much sought after consultant and public speaker.

Marissa lives her life as part of a global community. She is a founding member and mentor to the University of Wisconsin-Milwaukee student chapter of Engineers Without Borders, and advises on the design and implementation of projects in Guatemala. She also serves as International Coordinator of a Guatemalan-led NGO that builds infrastructure with indigenous communities’ to meet the needs of five groups involved in each project.

After earning a PhD in Environmental Engineering and serving as an instructor of Peacebuilding, Engineering, and Physics at numerous institutions in Milwaukee, Wisconsin she moved to Washington, DC to work in policy. During her time as a 2017-19 AAAS Science Technology and Policy Fellow at USAID, she was both a Public Diplomacy Fellow in the Office of American Schools and Hospitals Abroad and also an Environmental Advisor to the Office of Food For Peace. During this time, she was also asked by the US Embassy of Thailand and the Phuket Hotels Association to serve as an Embassy Science Fellow to design and lead a 5-point model to help reduce their single-use plastics by more than 6 million in 2018.

Marissa is an advocate for minorities and women in STEM fields and served as coordinator of NSF’s FORTE program during 2009-2015. During that time, she also designed an internationally recognized project that engaged with informal dye industries in rural India to affordably clean their wastewater. Marissa’s innovative outlook on research, business, and life has won her many awards and praise from groups that include the National Science Foundation, Philanthropic Education Organization, Mondialogo, and the Karnataka State Pollution Control Board.