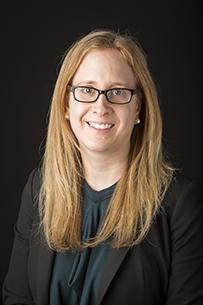 Director & Chief Legal Counsel Joely Urdan served as the Interim Director of the Office of Legal Affairs since October 2012 and was appointed as the Director and Chief Legal Counsel in May 2014. Joely has a Bachelor of Arts and law degree from UW-Madison. After four years at the Wisconsin Department of Justice, Joely joined UWM in July 2003 and served as Legal Affairs’ associate director from January 2005 until she was named interim director.