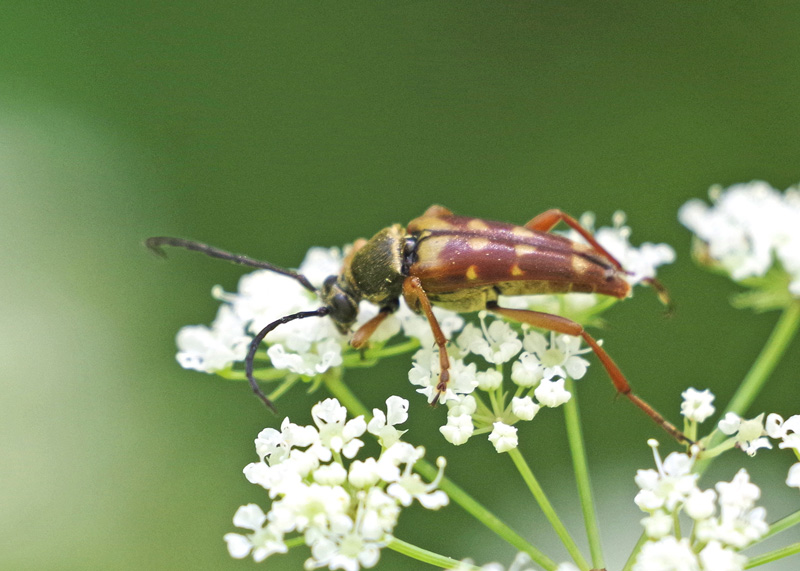 Howdy, BugFans, Bugs without Bios are bugs who have no fan clubs or t-shirts or Wanted posters and who go about their daily lives without attracting too much attention, yet are still worthy of our admiration.. Actually, there probably is… Read More 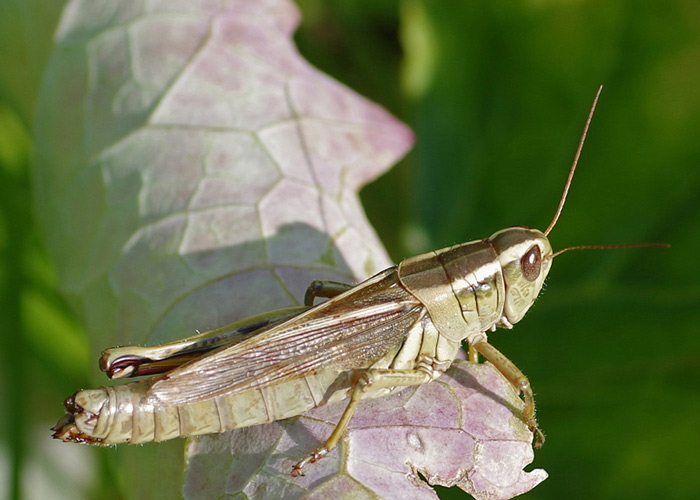 The BugLady always enjoys photographing these large, handsome grasshoppers as they ricochet off the prairie plants in late summer. She has danced around them in several episodes – in a generalized discussion of their genus, Melanoplus and as eye-candy in several summer insect picture collections – but they deserve their own biography.

As always, we pause to celebrate (while humming seasonal songs and drinking eggy, adult beverages), the Twelve Bugs of Christmas (plus one) – a baker’s dozen of bugs, many of whom have already starred in their own BOTWs but who posed nicely for the BugLady this year.

These days the BugLady’s walks are punctuated by the small “pop” of grasshoppers taking off and landing, and by the whir of their wings. Grasshoppers and bumblebees seem to dominate the landscape in the weeks leading up to official autumn.

Lately, The BugLady’s been thinking about prairies. She led a walk at Riveredge Nature Center’s excellent “Knee Deep in Prairies” celebration, and she spends a lot of quality time on the prairie because she loves its ever-changing palettes and patterns. By some estimates, the biomass of the insects on pre-settlement American prairies equaled that of the bison. Here are some pollinators and predators and plant feeders of the prairie – and the flowers they visit.

Meadow grasshoppers (Chorthippus curtipennis) are the only members of their genus in the Nearctic ecozone (North and South America). Their habitat is listed as “tall grass in damp areas” from Alaska and Canada, and throughout most of the Lower 48 except for the far Southeastern states. They reside in periaquatic environments, damp edge situations that transition readily from aquatic to terrestrial and back,

The fourth Annual chorus of “The Twelve Bugs of Christmas,” the BugLady offers a Bakers’ Dozen of Bug Portraits that were taken this year but are unlikely to appear in future BOTWs because their stories have been told in past BOTWs (hence, the links, for BugFans who want to know “The Rest of the Story”).

The Pine Tree Spur-throated Grasshopper is in the Spur-throated grasshopper subfamily (Melanoplinae), so named because they have a protuberance/spur on the underneath side of the first thoracic segment at the base of the front pair of legs. In North America, Melanoplus grasshoppers are found in a wide variety of habitats from coast to coast, feeding on grasses and other vegetation.

Green-Legged Grasshopper has a range from “eastern Minnesota through Wisconsin, Michigan, and southern Ontario to Vermont and western Massachusetts, south to northern Georgia and Arkansas, west to eastern Nebraska,” and its range map extends north toward Hudson’s Bay. They feed on a variety of greenery, develop rapidly, and are adults by summer. They are one of a succession of grasshopper species that bluebirds feed to their nestlings.

Baby bugs are not sweet and cuddly like, say, Golden Retriever puppies, but they have their own charm. Here are a few of the less-seen prairie babies.