“Register now for the free webinar, “The Power of Indigenous Language.” As part of Celtic Junction Arts Center’s Social Justice Seminar Series, speakers of Anishinaabemowin and of Irish explore the topic of Indigenous languages including the deep cultural value and the many challenges associated with them. We will discuss their work to preserve these languages and how they’ve learned to best share them with others. Distinguished panelists are speakers of Gaeilge and Anishinaabemowin.

More information about the event and panelists can be found on Celtic Junction Arts Center’s website and facebook page.” 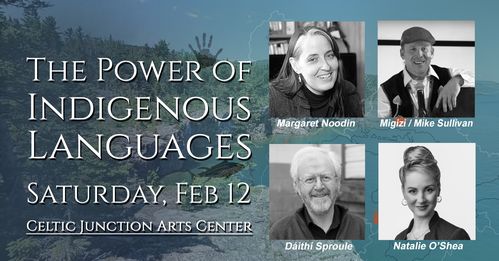 Celebrate an early St. Patrick’s Day at the Irish Cultural and Heritage Center, 2133 W. Wisconsin Ave., Milwaukee with two of Ireland’s most sought after bands, The High Kings on Wednesday, March 9 at 7 p.m. and Socks in the… Read More 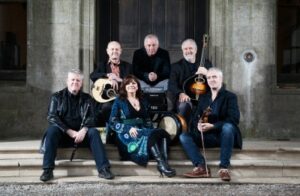 MILWAUKEE – Dervish, one of the biggest names in Irish music renowned for live performances that match dazzling sets of tunes with stunning interpretations of traditional songs, will perform at the Irish Cultural and Heritage Center, 2133 W. Wisconsin Ave., Milwaukee on Saturday, Feb. 26 at 7:30 p.m.

The group is fronted by Cathy Jordan’s hauntingly charismatic vocals, bodhrán playing and engaging stage presence along with a core built around the tight interplay between Michael Holmes on bouzouki, Liam Kelly on flute and whistle, Brian McDonagh on mandola and mandolin, Shane Mitchell on accordion and Tom Morrow on fiddle.

Dervish has wowed audiences around the globe with shows in Europe, Asia and North and South America, and has shared the stage with artists as diverse as Sting, James Brown, Neil Young and Iron Maiden. As worldwide ambassadors of Irish music, they have accompanied Ireland’s top officials on international tours and in 2006, joined the prime minister on a historic trade mission to China, where they did an impromptu session on the Great Wall.

At the end of 2019, the six-member band celebrated 30 years of recording and performing by receiving a prestigious lifetime achievement award from the BBC, which called them “an icon of Irish music.” They also released their newest recording, The Great Irish Songbook, which features performances by guest vocalists from Ireland, the United Kingdom and the United States including Steve Earle, Rhiannon Giddens, Vince Gill and Abigail Washburn.

Tickets will go on sale Thursday, January 20th at 9:00am. For more information go to www.ichc.net.