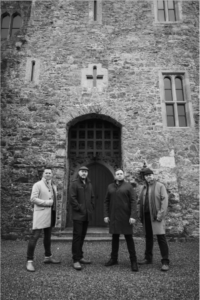 Celebrate an early St. Patrick’s Day at the Irish Cultural and Heritage Center, 2133 W. Wisconsin Ave., Milwaukee with two of Ireland’s most sought after bands, The High Kings on Wednesday, March 9 at 7 p.m. and Socks in the Frying Pan on Thursday, March 10 at 7:30 p.m.

Known for tight harmonies and high energy musicianship, The High Kinds serve up classic ballads, rousing pub tunes, original songs and audience sing-alongs that appeal to multiple generations. Formed in 2007, each of the band members brings an impressive lineage to the group. Guitar and banjo player Finbarr Clancy toured the United States and Ireland in the 1990s with the Clancy Brothers. Guitarist and bodhrán player Brian Dunphy was with Riverdance for two years and then was a member of The Three Irish Tenors. Darren Holden plays the accordion, mandolin, guitar and keyboard and starred in Riverdance on Broadway for 18 months and then played Billy Joel in the musical Movin’ Out on Broadway and in international tours. A self-taught musician, Paul O’Brien plays guitar, banjo, mandolin, bouzouki, whistles, harmonica and bodhrán. He spent two years living and playing in Puerto Rico as a one-man band and then joined The High Kings in 2019.

They performed for President Obama during his visit to Ireland in 2012 and that same year performed at the White House St. Patrick’s Day celebration. 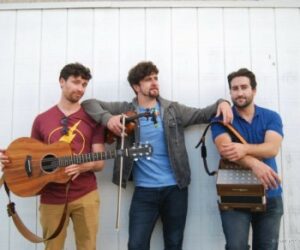 The multi-award winning trio from Ennis, County Clare, the universal hub of Irish traditional music, Socks have captivated audiences around the world with high energy performances, breathtaking musical ability, three part vocal harmonies and a love for live shows. They have performed numerous times at Milwaukee Irish Fest and celebrated their 10th anniversary as a band during the fest in 2018. The Hayes brothers – Fiachra on fiddle, banjo and bodhrán and Shane on button accordion, along with guitarist and lead vocalist Aodán Coyne, came together during Ennis pub sessions.

According to FolkWorld, “They wrap traditional Irish tunes in modern garments and spice them up with driving groves.” Irish Music Magazine said that “Their sound flows in magnetic, energetic waves, as does their banter onstage.”

For tickets and for more information, go to www.ichc.net.