Join us for a conversation with McKenzie Wark (New School) and Cary Costello (Sociology, UWM) as part of our Spring series, The Long 2020.

If you plan to attend, please register for the Zoom webinar here.

Virtual event: Once the event starts you can join the Zoom webinar, view the live video below, or watch on our YouTube channel.

McKenzie Wark: “Life After Norms”
Much talk during the pandemic circled around the question of “returning to normal.” As if this would be desirable. As if there might still be norms to which anyone might return. The word “normal” derives from “norma,” which in Latin is a carpenter’s square. A human-made device which approximates to a geometric figure, a version of the real that never perfectly appears. “Normativity” might then refer to the way human practices oscillate around norms that can never be. And yet what seemed to become “normal” in 2020 was a spectacle of disintegration of norms. It now takes a truly impressive effort to perceive this climate of fire and ice according to the old norms. And it seems that in political life no norm is actually sacred when it stands in the way of a ruling class in need of state assistance to maintain a transfer of resources ever upwards. The technics in which all our lives are now enmeshed has appeared as unbound by inherited norms of information regulation. To the vector the spoils. Panic about the erosion of norms is channeled towards ever more marginal figures. Twenty states are currently considering legislation to make the lives of transgender people—around 1% of the population—considerably harder. It gets hard to practice the discipline of optimism. Just looking around at my everyday life, the thing upon which one might rest, if not optimism, but at least a sense of ongoingness as possible, are the practices of love and care and support people are learning to practice for each other, in the absence of what was once normal life.

Cary Costello: “DARVO: The Inversion of Sex, Gender, and Sexuality in the Era of Trump’s Mirror”
Costello will talk about how in the Trump era, civil rights for trans and queer people were recast as attacks on the freedoms of white Christians, as well as the deeper ideological underpinnings of the right’s inverted understanding of what constitutes sex, gender, and “gender ideology.” 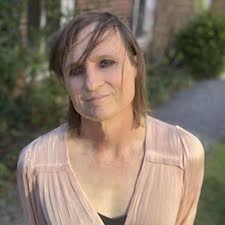 McKenzie Wark is Professor of Culture and Media at The New School’s Parsons School of Design and Eugene Lang College of Liberal Arts. She has published widely on media theory, critical theory, new media, and the Situationist International. Her recent publications include Capital is Dead (Verso 2019), General Intellects: 21 Thinkers for the 21st Century (Verso 2017), Molecular Red: Theory of the Anthropocene (Verso 2015), and The Spectacle of Disintegration (Verso 2013). 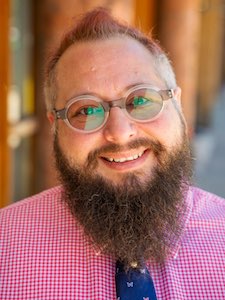 Cary Costello is Associate Professor of Sociology and Director of the LGBT Studies Program at the University of Wisconsin – Milwaukee. Costello engages in research in embodied experience and interventions into embodied identity. In one line of research, he studies the regulation of sex and gender through medical interventions into the bodies of intersex and transgender people. In another, he examines embodiment in virtual settings. In a longitudinal study of avatar embodiment in the virtual world of Second Life, he studies how identification with the avatar body facilitates experiences of sensation in virtual flesh, and the therapeutic uses to which people put their avatars.