Join us for a conversation with Libby Anker (The George Washington University), William Connolly (Johns Hopkins University), and Bonnie Honig (Brown University) as part of our Spring series, The Long 2020. Libby Anker will discuss anti-mask protests and the visions of masculinity and freedom they promote. William Connolly will speak on “The Obduracy of Events and Critical Intellectuals.” Bonnie Honig will discuss the “hands-on work of democracy” (i.e. ballot counting) in the context of the long 20th century’s labor transformations. Kennan Ferguson (UWM, Political Science) will moderate the talk.

If you plan to attend, please register for the Zoom webinar here.

Virtual event: Once the event starts you can join the Zoom webinar, view the live video below, or watch on our YouTube channel. 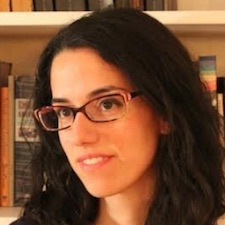 Libby Anker is Associate Professor of American Studies and Political Science at The George Washington University. Her research and teaching interests are at the intersection of political theory, critical theory, cultural analysis, and media studies. Professor Anker is associate editor for the journals Contemporary Political Theory and Politics and Gender. She serves on the editorial boards of American Political Science Review and Theory & Event. She was past chair of the governing council for the Association of Political Theory and past co-chair of the Foundations of Political Thought section of the APSA. 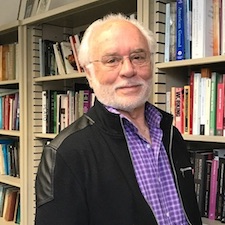 William Connolly is Krieger-Eisenhower Professor in the political science department at Johns Hopkins University, where he teaches political theory. His work focuses on the issues of democratic pluralism, capitalism, inequality, fascism, and bumpy intersections between capitalism and planetary amplifiers in climate change. He is co-moderator of the blog The Contemporary Condition, where he posts regularly on current issues, particularly climate change and fascist dangers. His recent books include Climate Machines, Fascist Drives, and Truth (Duke 2019), Aspirational Fascism: The Struggle for Multifaceted Democracy Under Trumpism (Minnesota 2017), and Facing The Planetary: Entangled Humanism and the Politics of Swarming (Duke 2017). 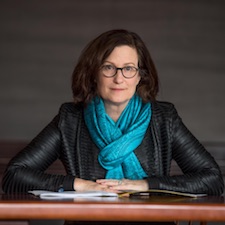 Bonnie Honig is Nancy Duke Lewis Professor of Modern Culture and Media and Political Science at Brown University. Her recent books include Emergency Politics: Paradox, Law, Democracy (Princeton 2009), Antigone, Interrupted (Cambridge University Press 2013), and Public Things: Democracy in Disrepair (Fordham 2017). Honig has two new books in press: A Feminist Theory of Refusal (Harvard 2021) is based on her 2017 Flexner Lectures at Bryn Mawr College; and Shellshocked: Feminist Criticism After Trump (Fordham 2021) collects revised versions of her public writing since 2016 along with several new essays on criticism, feminism, and politics.