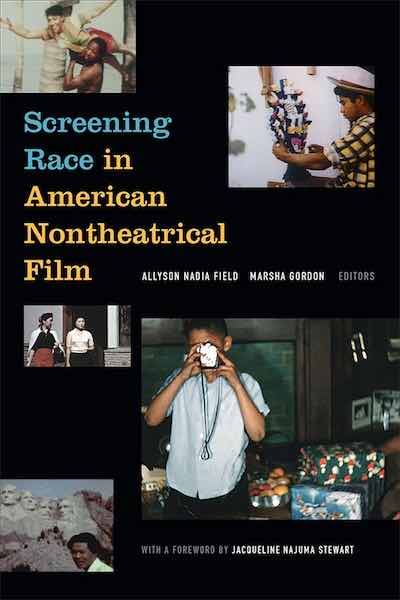 Please join the C21 Media Studies Collaboratory and the Moving Image Society for a screening and roundtable with the editors and contributors to Screening Race in American Nontheatrical Film (Duke 2019). Paying attention to previously neglected and overlooked films, the participants show how race has been imagined, discussed, and represented in nontheatrical films—from educational and ethnographic to amateur and home movies—and how the nontheatrical archive presents an alternative to traditional histories of race and representation in cinema.

Register for the discussion here.

“Although overlooked by most narratives of American cinema history, films made for purposes outside of theatrical entertainment dominated twentieth-century motion picture production. This volume adds to the growing study of nontheatrical films by focusing on the ways filmmakers developed and audiences encountered ideas about race, identity, politics, and community outside the borders of theatrical cinema. The contributors to Screening Race in American Nontheatrical Film examine the place and role of race in educational films, home movies, industry and government films, anthropological films, and church films as well as other forms of nontheatrical filmmaking. From filmic depictions of Native Americans and films by 1920s African American religious leaders to a government educational film about the unequal treatment of Latin American immigrants, these films portrayed—for various purposes and intentions—the lives of those who were mostly excluded from the commercial films being produced in Hollywood. This volume is more than an examination of a broad swath of neglected twentieth-century filmmaking; it is a reevaluation of basic assumptions about American film culture and the place of race within it.”
—from Duke University Press