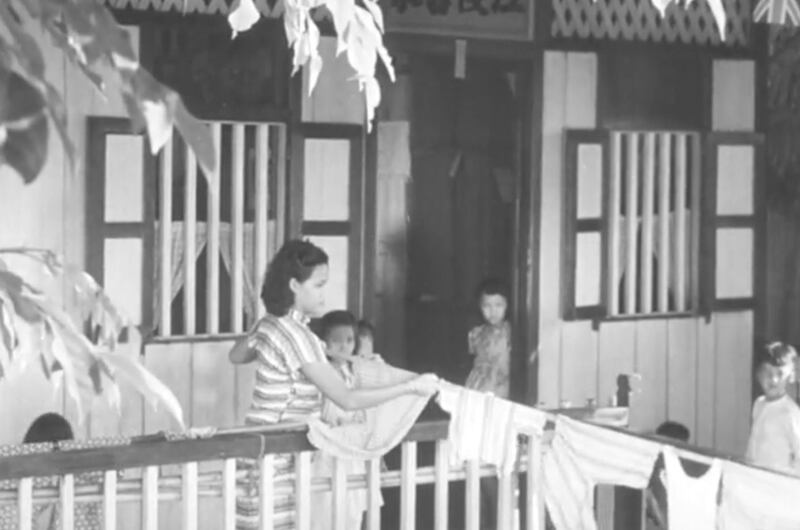 Please join us for a half-day online symposium, “Postcolonial Film and the Archive: History, Theory, Practice,” on Friday, October 16, organized by the UWM Media Studies Collaboratory in collaboration with the Center for 21st Century Studies and Film Studies Program!

The event is FREE and will be hosted via Zoom on Friday, October 16 from noon – 4 pm CST. Register here to receive the link.

Bringing together scholars to examine media from across the globe, this event will explore the historical, cultural, and political value and use of colonial and ethnographic films in connection to cultural heritage, preservation, and appropriation. From reexamining the ways in which archives and their materials are mobilized to tell certain narratives and not others, and the complexity of preserving and researching these materials in varying contexts, to interrogating the ontological and indexical status of film as memory artifacts, this symposium will raise questions about cultural heritage, ownership, historiography, and gaps and exclusions in classical film history approaches to the study of “postcolonial” film. Divided into three panels, seven speakers will explore the history, theory, and practice of postcolonial film and archives.

Examining rare 1930s footage of Polish settlements in the Brazilian state of Paraná, Grazia Ingravalle (Brunel) interrogates the unique status of Polish Settlements in Brazilian Wilderness (1933) as an archival orphan and historical record of pre-WWII Polish film culture. This archival film offers an unlikely testimony of a little-known chapter in the transnational history of colonial enterprises in South America, complicating postcolonial readings of the archive. Moving to a study of the role of film societies in India for the generation of new archives during the post-independence period, Rochona Majumdar (Chicago) argues that these dispersed and informal archives of cinema were contingent but far more protean than official archives, and helped foster knowledge about global film cultures in a postcolonial nation.

Nadine Chan (Claremont) traces the afterlife of Proudly Presenting Yong Peng (1953), a colonial educational film made during the Malayan Emergency, into our postcolonial present. Arguing that film registers time in a way that reproduces temporalities resonant with postcolonial life, Chan shows how colonial films bear meaning upon how we remember (or dismember) the colonial durabilities that remain with us today. Critically engaging with film’s ability to retell history from the perspective of lost, suppressed, or minority voices, Alison Griffiths (Baruch) examines amateur films made by geographer William Wrather at the Gallup Inter-Tribal Ceremonial in the late 1920s to consider ways in which the footage recuperates native agency and subjectivity, complicating our understanding of Native American lives as seen through the eyes of non-native filmmakers.

Doing research on early cinema in Southeast Asia, Nadi Tofighian (Stockholm) has consulted most national and university archives and libraries and private collections in the region. In his presentation, he shows that much of the archival materials, as a repository of cultural memory, reflect the agenda of the colonial state, thus creating historiographical blind-spots. Using the largest collection of films in Ghana as a case study, Jennifer Blaylock (Oberlin) details how narratives about the cultural loss and destruction of Ghana’s film history are activated to hold the state accountable for renewing its commitment to the preservation of cinematic heritage, while structures of indifference continue to characterize the ethical work of government employees tasked with the care of government film collections. Finally, Anna Westerståhl Stenport (Georgia Tech) will examine recent Greenlandic cinema in the context of Greenland’s Reconciliation Commission (2014-17), focusing on Silis Høegh and Emile Pernonard’s rockumentary Sumé: Mumisitsinerup nipa (2014) and Pipaluk Kreutzman Jørgensen’s Anori (2018).

After the three panels, all speakers will participate in a Q&A and roundtable discussion, moderated by Hugo Ljungbäck (Chapel Hill) and Brian Hochman (Georgetown).

Jennifer Blaylock is an Affiliate Scholar in Cinema Studies at Oberlin College and an Adjunct Lecturer in the School of Film and Media Arts at Cleveland State University. Her current book project, Media/Fetish: A Postcolonial Archaeology of New Media and Africa, analyzes discourses about new media technologies in Africa from the early twentieth century to the present. She has worked closely with AV archivists in Ghana on issues of preservation and conservation.

Nadine Chan is Assistant Professor of Cultural Studies (Film & Media) at Claremont Graduate University. Her manuscript-in-progress, A Cinema Under the Palms: Colonial Worldmaking in an Unruly Medium examines cinema as a worldmaking and terraforming technology through the framework of counter-colonial “unruliness.” Her work has been supported by an SSRC research fellowship, a Harper-Schmidt postdoctoral fellowship at UChicago, and a Global Asia postdoctoral fellowship at NTU, Singapore.

Alison Griffiths is a Distinguished Professor of Film and Media at Baruch College, The City University of New York and a member of the doctoral faculty in Theatre at the CUNY Graduate Center. Her books include the award-winning Wondrous Difference: Cinema, Anthropology, and Turn-of-the-Century Visual Culture (Columbia, 2002) and Shivers Down Your Spine: Cinema, Museums, and the Immersive View (Columbia, 2008). She is completing a book entitled Nomadic Cinema: A Cultural Geography of the Expedition Film.

Brian Hochman is Director of American Studies and Associate Professor of English at Georgetown University. He is the author of Savage Preservation: The Ethnographic Origins of Modern Media Technology (Minnesota, 2014). His current book project, The Shadow Listeners: A History of Wiretapping in the United States, is under contract with Harvard University Press and funded by an NEH Public Scholar Fellowship (2017-18) and a Library of Congress Kluge Fellowship (2018-19).

Grazia Ingravalle is a Leverhulme Early Career Fellow at Brunel University London. Her work explores audiovisual archives’ role in historicizing film and old media in the wake of the digital turn, shaping public visual histories, and questioning established historiographies. She has published in The Moving Image and Screen, and her latest piece about a BFI collection of films shot in colonial India will shortly appear in JCMS. She is currently working on her book manuscript Museums of Cinema: Archival Film Curatorship from Analog to Digital.

Rochona Majumdar is Associate Professor in the departments of South Asian Languages and Civilizations and Cinema and Media Studies at the University of Chicago. She is the author of Marriage and Modernity: Family Values in Colonial Bengal (Duke, 2009) and Writing Postcolonial History (Bloomsbury, 2010). She is co-editor of From the Colonial to the Postcolonial: India and Pakistan in Transition (Oxford, 2007) and Civilizing Emotions (Oxford, 2015). She is finishing a book length project entitled Art Cinema and the Postcolonial Condition, India 1947-1975.

Nadi Tofighian is a research fellow and lecturer in the Department of Media Studies, Stockholm University. He was previously a postdoctoral research fellow at Yale University and lecturer at Linnaeus University and De La Salle University Manila. He is a special issues editor for Early Popular Visual Culture, a member of the board of the Swedish Film Institute, and currently working on his monograph ‘Let the American Show You’: Early Cinema in U.S. Colonial Territories.

Anna Westerståhl Stenport is Professor of Global Studies, Chair of the School of Modern Languages, and founding co-Director of the Atlanta Global Studies Center at Georgia Institute of Technology. She is an expert on Arctic and Indigenous film, cinema, and media. Recent books include Films on Ice: Cinemas of the Arctic (Edinburgh, 2015), Arctic Cinemas and the Documentary Ethos (Indiana, 2019), and Nordic Film Cultures and Cinemas of Elsewhere (Edinburgh, 2019).