Don’t miss the brown bag discussion with Courtney Baker earlier on Friday at noon at the Center for 21st Century Studies!

Join us for a special lecture by Courtney Baker (UC-Riverside), “Framing Black Performance: Selma and the Poetics of Representation,” on Friday, February 28 in Curtin Hall 175. This talk corresponds with MKE Film/Black Lens’ Black History Month programming, which includes screenings and discussions with local and national black filmmakers throughout February. 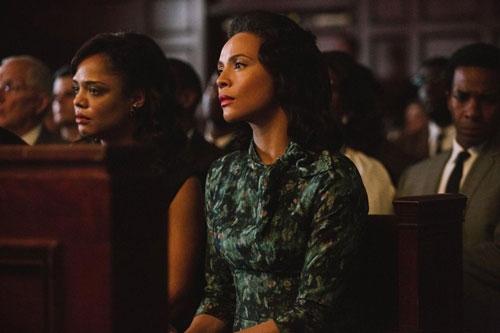 Recent African American film scholarship has called for an attention to the structures of black representation on screen. This work echoes the calls made in the 1990s by black feminist film and cultural scholars to resist the allure of reading for racial realism and to develop more appropriate critical tools and terms to acknowledge black artistic innovations.

This talk takes up and reiterates that call, drawing attention to the problems of film interpretation that attend to a version of historical analysis without an understanding of form and medium. Foregrounding film as a terrain of struggle, Baker mobilizes an analysis of the 2014 film Selma to illuminate the multiple resonances of the concept “representation.” Focusing on the film’s representation of femme characters, she argues that cinematic play with the terms and conditions of representation comment powerfully on the limitations of cinematic and historical discourses to speak about the black femme as a political subject. Analysis of Selma exposes the key problems of reception and criticism facing contemporary African-American film and speaks to the failure of de jure representational regimes in post-civil rights movement America and offers up the cinematic terrain as an important twenty-first century site of African-American struggle. 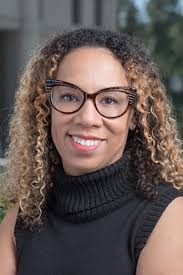 Courtney R. Baker is Associate Professor in the department of English at University of California, Riverside. She is the author of Humane Insight: Looking at Images of African American Suffering and Death (Illinois, 2015). She is currently working on a manuscript on the liberatory possibilities of Black cinematic formalism.