Historic Cemeteries can be understood from a temporal perspective in that they relate to burial of the dead during periods of time about which we have written records.

It is important to place such cemeteries in the greater context of mortuary ritual, understood as a way of mending the torn social fabric caused by death. Burial (inhumation), cremation, mausoleum (immurement), exposure, dissolution, cannibalism, space burial, dismemberment, and promession are all methods of disposal of the dead within a social and ideological framework. Some but not all of these methods involve creating a space for the living to memorialize the dead.

Historic Cemeteries are widely recognized as distinct places with at least one common purpose – that of burying the dead. Beyond that a cemetery may represent a link with a specific person, or with the more generalized past, or both. In those instances where the link between burials and the social, ethnic, religious or cultural present is tenuous or lacking, cemeteries are abandoned or forgotten. 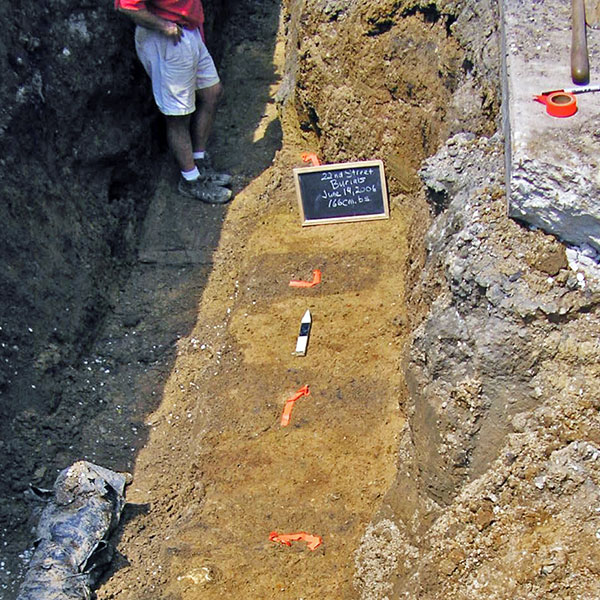 In Wisconsin, all cemeteries, including prehistoric and historic cemeteries are protected by the Wisconsin Burial Sites Preservation Statute (WisStats 157.70).

A burial site, under the law, refers to any place where human remains are buried and includes marked and unmarked cemeteries, Native American mounds, small family cemeteries, and other less obvious locations that are reported to the Wisconsin Historical Society.

No burials, regardless of age, ancestry, cultural affiliation or condition may be intentionally disturbed without first obtaining a permit from the director of the Wisconsin Historical Society, even if that burial is on one’s own land.

In light of urban expansion and infrastructure improvement, urban historic cemeteries are increasingly threatened. Examples of a few such cemeteries in Wisconsin include:

Charles, B.
“Buried…like a Human Being” at the Milwaukee County Poor Farm Cemetery: A Bioarchaeological Approach to Defining Fetal and Infant Personhood through Biological Development, Historical Discourse, and Diapering (PhD, 2019). Advisor: P. Richards.

Freire, Shannon
A Public Humanity: The Application of Isotopic Analysis to the Intersection between Body and Law at the Milwaukee County Poor Farm Cemetery (PhD, 2017). Advisor: P. Richards.