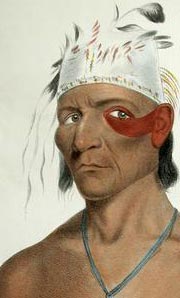 The American Indian Studies program is available as a Committee Interdisciplinary Major and is designed to allow students to achieve the following learning outcomes:

The completion of a submajor in American Indian Studies does not restrict graduates of the program to working solely with Native populations. The critical thinking skills that students acquire and theoretical frameworks that they learn to apply through AIS are transferable to the examination of many contemporary critical issues across the globe. For example, AIS methodologies also pertain to the effects of globalization on marginalized people and the preservation of traditional culture in the context of rapidly-changing intellectual, technological and physical environments. AIS helps students examine issues of conflict and peace from new perspectives that can reframe public debates and to learn more about the legal, sociological, environmental and historical contexts that both drive and circumscribe the more than two million American Indian people in the United States.

Meet with us in-person, over the phone, or via videoconference to learn more about the American Indian Studies program. We can even arrange a class visit to give you a taste of UWM life.