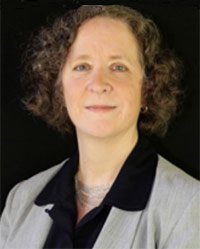 On October 14, 2016, Dr. Mary E. Stuckey, Professor of both Communication and Political Science at Georgia State University, will present the 2016 Rhetorical Leadership lecture. The title of her lecture is “Anger in Presidential Elections.” Dr. Stuckey observes that political candidates have often used anger as a way of motivating their coalitions and deﬁning their campaigns. Anger is useful as a way of separating the mass public from the system and its leaders, she argues, but is less useful as a way of attaching members of the public to a candidacy. Anger is useful as one part of a rhetorical repertoire, especially as it helps voters feel that a candidate is ﬁghting for them, but is of limited use when it’s the primary tactic used by a candidate.

In this presentation, she will develop this argument through a focus on three moments in U.S. political history. First, she examines the 1930s, when FDR mobilized anger against the “moneychangers in the temple,” and his opposition relied on fears that Roosevelt was an incipient dictator. In both cases, the anger was directed at those who were presumed to be distorting the political system, which was treated as inherently sound. Second, she will look at the ways in which Goldwater and Reagan wielded populist anger in their presidential efforts, which reveals the importance of political style. Finally, she will examine the current campaign, in which Bernie Sanders concentrates on injustices he considers inherent in the political system while Donald Trump makes speciﬁcally personal attacks, which reveals both the ways that anger can be used to critique and to sustain political structures.

Professor Stuckey specializes in political and presidential rhetoric, political communication, and American Indian politics. She is the author, editor, or co-editor of twelve books and author or coauthor of approximately 80 essays and book chapters. She is the editor-elect of the Quarterly Journal of Speech, which is the National Communication Association’s flagship journal, and co-edits (with Mitchell McKinney) the book series “The Frontiers of Political Communication” for publisher Peter Lang. Dr. Stuckey has been honored with countless scholarly awards for her teaching and research.

Sponsored by: Department of Communication, College of Letters and Science Year of the Humanities, and Department of Political Science.