The R3 Project was one of several research and design activities within the Rehabilitation Engineering Research Center on Accessible Medical Instrumentation (RERC-AMI), which was based at Marquette University in Milwaukee during 2003-2008. The R3 Project of the RERC-AMI was entitled “Accessibility Measurement” and it aimed to determine whether it is possible to scientifically measure the accessibility of medical instrumentation. The RERC-AMI R3 Project team was led by Roger O. Smith, Ph.D., Dr. Rochelle Mendonca, and consists of various team members from academia and industry. Initially, the team met regularly from 2003 to 2008, and many resources were created as well as several versions of a tool called the MED-AUDIT (Medical Equipment Device Accessibility and Universal Design Information Tool). The development and testing of the MED-AUDIT continues as we develop the tool further, conduct user testing, and speak with stakeholders.

This site hosts the R3 Project’s resources and documents whereas a general description for the R3 project can be found on archived RERC-AMI website and the R3 Project website.

We appreciate your interest in the MED-AUDIT Project and welcome your comments on any of our resources or work.

About the MED-AUDIT Accessibility Measurement Tool

Several versions of the MED-AUDIT have been developed, and below we document the initial implementation and testing of the MED-AUDIT that is aimed at providing a medical equipment and device evaluation and information system to promote equal access to healthcare for all individuals, including people with disabilities and older adults.

The MED-AUDIT was designed to evaluate and quantify accessibility for people with disabilities and consequently reduce healthcare disparities for populations of medical device users with disabilities. Five specific design objectives were stated for the RERC-AMI R3 Project (2003-2008):

Overall, the integrated MED-AUDIT scores draw on two major data sources. The first source of data is elicited from designers or other product assessors as they tally which tasks a device requires and which features a device includes. The second data source is imported from a knowledge base of two matrices previously populated by experts. These matrices predict relationships between a) product features and user impairments and b) product features and tasks. These data are integrated using an algorithm that effectively weights the assessor’s responses to produce MED-AUDIT scores to indicate the degree of accessibility of the evaluated medical device on a scale of 0-100% accessibility.

The MED-AUDIT was conceptualized with two major question sections: (I) Procedures-Task Analysis and (II) Device Features. The MED-AUDIT team postulated that in order to determine the accessibility of medical devices, it was necessary to know the tasks that a device user was required to perform in order to use the device as well as the accessibility features present in the device design. Relevant tasks are important to measure the accessibility of a device because, for example, if a device did not require users to position themselves on a device (like with an auditory alarm), there would be no concern about users transferring onto the device. Thus, certain tasks become irrelevant for scoring accessibility and other tasks are critical for measuring device accessibility. The second domain of questions focuses on the accessibility features of the device being rated. Obviously, which accessible features a product design integrates would affect the accessibility scores generated. These two domains relate, as some tasks required by a device for use would likely require accessible features. In the example of an auditory alarm, an essential task would be to recognize the sound. For this device to rate highest on accessibility, it would need to include a visual and tactile alarm output as well. Table 1 shows excerpts from the two core MED-AUDIT scoring domains (see also “Black Box System (BBS) MED-AUDIT Taxonomy”). The current question taxonomy draft includes 1158 distinct questions, including: 177 task requirements and 981 device features. The questions are arranged in a hierarchical outline that includes 33 major categories: 10 for the task requirements and 23 for device features.

The initial MED-AUDIT software was built on a previously developed software platform called OT-FACT, running on a “Spinnaker Plus” platform. It was then converted using a software shell called xFACT running on Livecode. The xFACT interface was optimized to generate a taxonomy of branching questions to be both comprehensive yet efficient. Figure 1 below shows a representative screenshot of the prototype software.


The question domains (procedures-task analysis and device features) are imported into the software and the MED-AUDIT question taxonomy uses the trichotomous tailored subbranching scoring structure (TTSS) as an efficient question branching method where irrelevant questions are eliminated. Fundamentally, TTSS uses a trichotomous response for each question, where 2 corresponds to not problematic, 0 corresponds to totally problematic, and 1 corresponds to partially problematic. When a rater responds to a MED-AUDIT question with a 2 or 0 response, the TTSS software moves to the next major category of questions (skipping the sub-level detailed questions in between major categories). When a rater responds to a question with a 1, the TTSS breaks down the category into more detailed subcategories to request more information from the rater. Thus, the trichotomous scoring is (1) cognitively more simple resulting in increased reliability and response scoring speed, (2) more efficient because it only asks detailed questions when needed so there is potential to include more detailed questions because irrelevant questions are omitted, and (3) more flexible because the verbal anchors that accompany the response sets can be adjusted as necessary and can intentionally vary in construct (e.g., requires tasks, somewhat requires task, does not require task; includes feature, somewhat includes feature, and does not include feature) (Smith 1993, 1994, 1995, 2002).

The expert mapped matrices for MED-AUDIT work in the background of the software algorithm to provide prior likelihoods for the simple Bayes model (Birnbaum, 1999, Gustafson, Cats- Baril, and Alemi, 1992, Malakoff, 1999). These provide relative weightings to the question categories in order to generate overall accessibility scores for medical devices. Two distinct matrices correlate: (1) tasks involved with using the medical device and accessibility features that are related to completing the tasks and (2) medical device features that make devices more accessible for specific user impairment groups. The correlation between the device features and user impairments provides the critical connection for generating overall device accessibility scores. The data contained in the expert knowledge matrices combine with the data completed by the rater for a specific device enables the MEDAUDIT to generate accessibility scores for different user impairment types using the algorithm described in the next section. Tables 2 and 3 below show excerpts of the two matrices.

Initial development of the MED-AUDIT scoring was completed through conceptualization of the logic and scoring requirements for the algorithm, as shown in Figure 2 below.


The domains of the tool were established (including the need for device feature and task requirement sections), the expert matrices were conceptualized (including features required for tasks and features required for different impairments), and the basic operations of the scoring modality were established (including the need to increasing and decreasing the overall score, depending on the type of information provided for each particular device). In Figure 2, the different scoring cases can be seen, including a maximum mathematical relationship of +8 and minimum mathematical relationship of -8, middle cases of +4, +2, -2, and -4, as well as a case of 0. Equation 1 below was used for the pilot scoring algorithm during early implementation of the MED-AUDIT (initially developed in Fortran). To generate overall accessibility and usability scores, sums of product relationships with 4 product terms are used: (1) Expert scored device feature requirement for a task [xe-dT], (2) Expert scored device feature requirement for user impairment [xe-iD], (3) Rater scored device feature presence on the device [xr-d], and (4) Rater scored task requirement for device use [xr-T].

The R3 Resources and Documents page is home to a variety of R3 Project documents related to accessibility measurement and the MED-AUDIT, including drafts for review/feedback and completed documents. The documents currently available provide a background for components of the R3 measurement development work. Commonly requested documents:

The work of the MED-AUDIT was supported by a grant from the National Institute on Disability, Independent Living, and Rehabilitation Research, NIDILRR grant number (NIDIRR) H133G100211). NIDILRR is a Center within the Administration for Community (ACL), Department of Health and Human Services (HHS). The contents of this work do not necessarily represent the policy of NIDILRR, ACL, HHS, and you should not assume endorsement by the federal government. 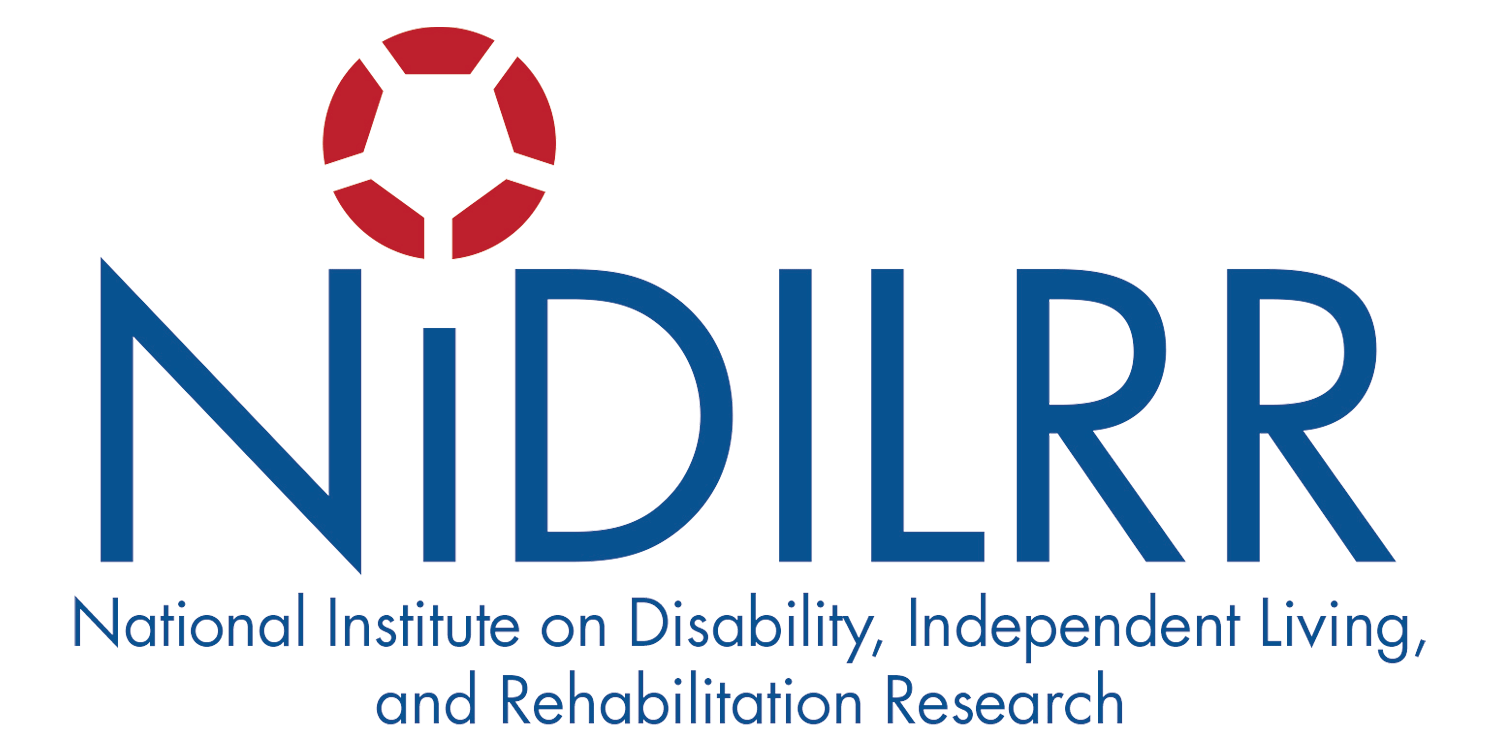