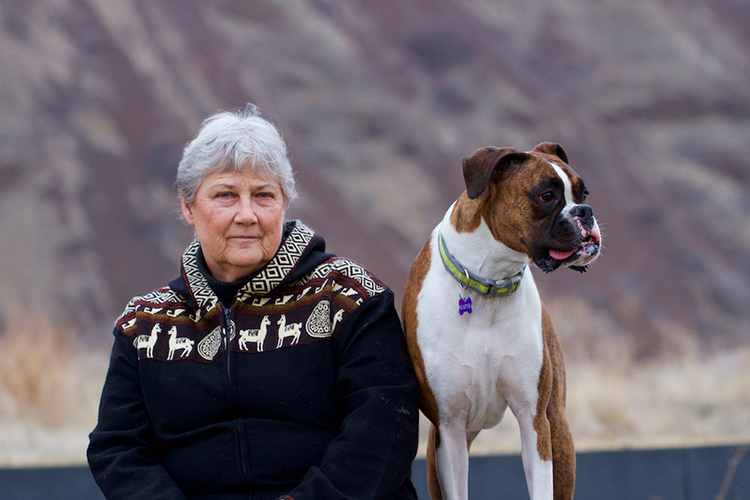 For Claire Davis, the smaller campus of what’s now UWM at Waukesha eased her return to college. “The UW-Waukesha campus was closer to my home, but I also felt I could put my foot into this water and not risk drowning,” she said.

When she started at the UW-Waukesha campus as a nontraditional student, Claire Davis was really nervous.

“I was a returning adult, and I had a son who was at that time 7 years old. I’d been out of school and working for 10 years. Going back to college was daunting. It was frankly terrifying.”

But UW-Waukesha, now part of the University of Wisconsin-Milwaukee, helped Davis find her way and set her on a path to becoming an award-winning author who also teaches creative writing.

“The UW-Waukesha campus was closer to my home, but I also felt I could put my foot into this water and not risk drowning,” she said of her decision to start her college career there. “It was a smaller school that was like a community, and at an uncertain time it was really reassuring.”

Writing workshop leads to degree
She initially planned to take a writing workshop or two, but kept going from 1984-1987 ended up with her associate’s degree in English, graduating with an impressive 3.973 GPA. From there she went on to UWM, moved west following a difficult divorce and finished up at Evergreen State College. She went on to earn her master’s in fine arts at the University of Montana. She now teaches creative writing at Lewis-Clark State College in Lewiston, Idaho, and in the MFA program at Pacific University.

Since moving west, she’s published two novels and a collection of short stories. Her first novel, “Winter Range,” published in 2001, was honored with the Pacific Northwest Booksellers Award for Best First Novel and the Mountain and Plains Booksellers Award for Best Novel. Critics praised her skill in bringing wintery Montana alive, and the New Yorker review said:“A fine first novel….with lyrical precision, Davis describes a way of life in which actions are more eloquent than words.”

Her short stories have appeared in Southern Review, the Gettysburg Review and been read on National Public Radio. They’ve also been selected for anthologies such as Best American Short Stories.

“I had always wanted to be a writer,” she said, “but at home I was running into the kind of roadblocks people do on their own, discovering my mistakes five years in.” So she put her toe in the water with a poetry workshop at UW-Waukesha.

Lots of faculty support
She found support and encouragement there, particularly from faculty member Phil Zweifel. Looking back now as a teacher of 30 years herself, she is amazed at the time he gave her.

“I would so casually go in there and drop a handful of poems on his desk. When I think of the workload I would impose on that man, not realizing what I was doing, I still feel guilty about it.”

Becoming a writer in a new place was challenging. “I knew the Midwest intimately, its plants and landforms and its geology.” But she’s learned the environment and culture of the contemporary West that provides the setting for her novels and her short stories.

However, she added, she often incorporates a character, like herself, who is a transplant from the Midwest, giving the perspective of an outsider looking in. “The Midwest always works its way in.”

Ties to Wisconsin
Davis maintains her own ties in Wisconsin, with family here. Her son, daughter-in-law and two grandchildren live in Mukwonago.

She’s currently working on her third novel, set in northern Idaho about at-risk teenagers in a small town who are befriended by the local sheriff.

In between working on the novel, she writes short stories.

Her long-ago poetry workshop at Waukesha helps guide her in writing those short stories, she said. “I love the short story. They are such little gems. In terms of the art of it, I find the short story much more challenging because every word, every line is important to the purpose of the story.”