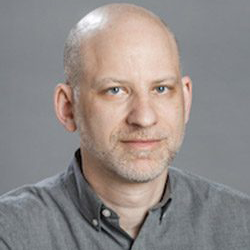 During the week-long seminar in California, Newman attended panel discussions with broadcast and cable networks’ programming and scheduling executives, legal experts and cutting-edge content creators. Also included on the seminar itinerary were private studio tours and trips to top Hollywood production facilities to meet with producers, observe productions and get firsthand updates on the latest in television technologies.

Newman has written several books about American media and popular culture, including Indie: An American Film Culture, Legitimating Television: Media Convergence and Cultural Status (co-authored with Elana Levine, UWM JAMS professor), Video Revolutions: On the History of a Medium and Atari Age: The Emergence of Video Games in America.

“I’m was excited to learn from insiders in the television industry in LA about how media is made today amidst so many rapid changes in technology and audience behavior,” said Newman. “I will take this knowledge back home to UWM to share insights with my Introduction to Mass Media class that are timely and direct from the source.”