Join us for a screening of the film, followed by a discussion of the work as well as its connection to the ongoing revolution in Iran: Monday, November 28, at 6:00pm in Mitchell B91.

Iranian director and women’s rights activist Mahnaz Mohammadi spent two years in Evin Prison, now famous around the globe, after her arrest in 2014 for charges of endangering national security and more, based on her documentary work; Son-Mother (2019) is her first feature-length fictional work and the first film she made after being released from Evin. In the film, Leila is a single working mom of two. When she loses her factory job, Kazem, the factory bus driver, proposes marriage to Leila, but she hesitates to accept his conditions, which will tear her family apart. 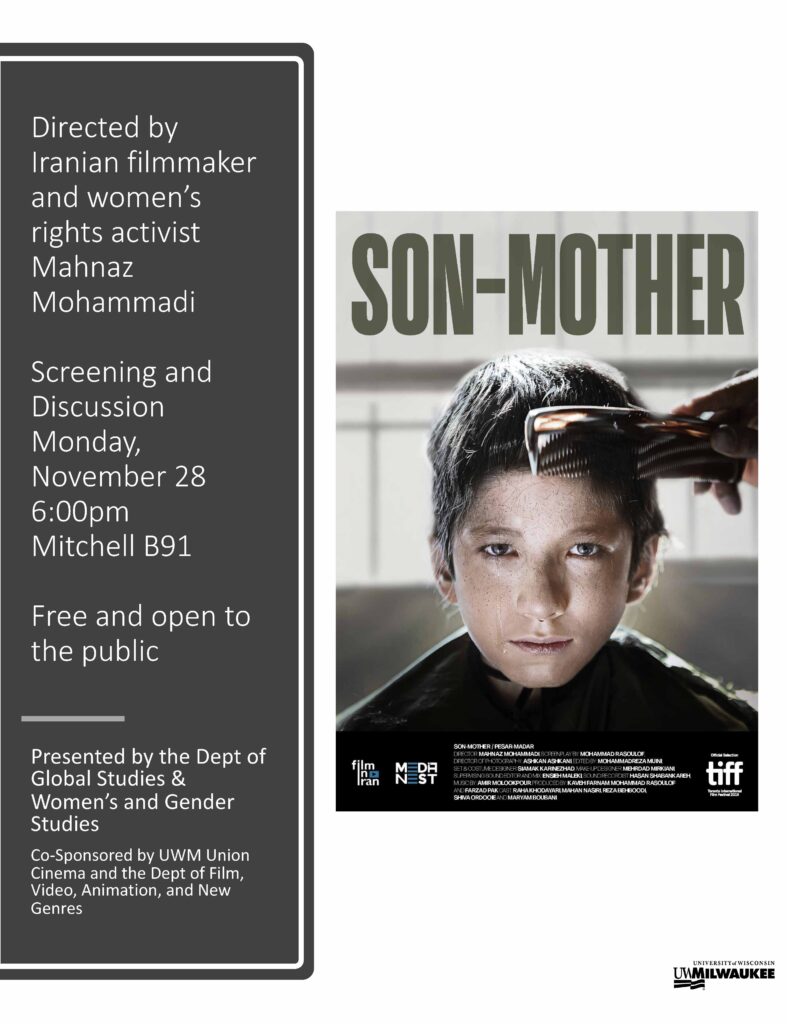