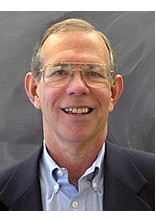 Professor Cook's group is working in several related fields including Natural Products, Medicinal Chemistry, and Organic Synthesis. More specifically, he is interested in the enantiospecific synthesis of natural products with biological activity and the construction of related heterocycles with enhanced activity. Research of this type has led him into the indole, benzylisoquinoline, and isoquinoline alkaloid areas, as well as the chemistry of the important alkaloids quinine, quinidine and reserpine. His group is also currently involved in the study of ligand-receptor interactions at the molecular level.

Over seventy macroline/sarpagine/ajmaline related alkaloids have been isolated from species of Alstonia. A stereospecific Pictet Spengler reaction developed at Milwaukee has been employed to execute an enantiospecific total synthesis of many of these indole alkaloids (see Figure 1 and Figure 2). Some of these bisindoles exhibit antimalarial activity against Plasmodia falciparum malaria. In addition, the total synthesis (see Figures 3 and 4) of the antileishmanial bisindoles accedinisine and N’-demethylaccedinisine have been completed as well as that of the antihypertensive bisindole, dispegatrine.

The approach is both stereospecific and doubly convergent. The preparation of the antimalarial sarpagine related bisindoles villalstonine and alstonisidine, is also underway.

A general approach for the synthesis of polyquinenes via the Weiss reaction continues in his laboratory. The construction of the [5.5.5.5]fenestrane hexaene (Figure 5) and the related heptaene (Figure 6) are being pursued in regard to the bonding character of molecules formerly proposed to house a planar tetracoordinate carbon atom, a three-center, two electron bond at carbon. Other annulenes such as cyclopentapentalene (Figure 7) are being prepared to examine homoconjugation as well as Hückel pi stability.

The synthesis of beta-carbolines, 2,7-dihydropyridodiindoles, isoquinolines, indolo-pyridoimidazoles and imidazobenzodiazepines, when combined with molecular modeling (see Figure 8), has resulted in the pharmacophores for agonist and inverse agonist activity at benzodiazepine receptors. The inverse agonists are being evaluated for cognitive enhancement, including α5 subtype selective ligands for treatment of Alzheimer’s disease. The agonists at BzR, especially subtype selective α2/α3 agonists, are being evaluated for anxiolytic and anticonvulsant activity, as well as activity against neuropathic pain. Lead compounds in this series are devoid of the muscle relaxant, ataxic, and amnesic effects of Valium. The aim is to provide new drugs with anxiolytic, anticonvulsant and analegsic activity which are devoid of the deleterious side effects of the classical benzodiazepines including abuse potential. This will result in more selective agents to treat a number of CNS disorders.

The ligand diazepam docked in the α1γ2 benzodiazepine binding site via a homology model.
In regard to drug development earlier, XHe-II-053, our nonsedating GABA α2/α3 agonist was put in Phase I studies in humans for anxiety disorders. The backup compound HZ 166 is currently being licensed to Addiction Therapeutix, Inc. to treat neuropathic pain. A related α5 subtype selective inverse agonist enhances cognition in both rats and primates and is the target of a joint SBIR grant recently funded with Physiogenix. In regard to treatment of schizophrenia, a GABAergic α5 subtype selective GABA(A) agonist from the anxiety disorders program looks effective in some models of schizophrenia, while a joint SBIR grant and NIDA grant with Promentis/Marquette/UWM targets a different treatment strategy for schizophrenia (these agents were licensed to Promentis). An antialcohol compound was recently licensed to Addiction Therapeutix, Inc. and a number of agents active against drug resistant bacteria, including MRSA, TB and anthrax have been licensed to Macrophyte Inc of Lacrosse (with Dr. Monte and Dr. Schwan).

In a related area of indole chemistry, ligands have been developed that competitively inhibit the enzyme, indoleamine 2,3-dioxygenase. This enzyme is induced to high levels during the immune response and seriously alters the metabolism of tryptophan in inflammatory diseases. This results in increased biosynthesis of kynurenic acid and quinolinic acid followed by cell death. This condition has been implicated in over twenty inflammatory diseases, including acquired immune deficiency syndrome (AIDS), hepatic encephalopathy and polio virus. The inhibitors of this enzyme are designed to reverse the aberrant metabolism of tryptophan in the CNS and return levels of quinolinic acid, etc. to normal.