Niamh Ní Charra to perform at CelticMKE Center on October 14 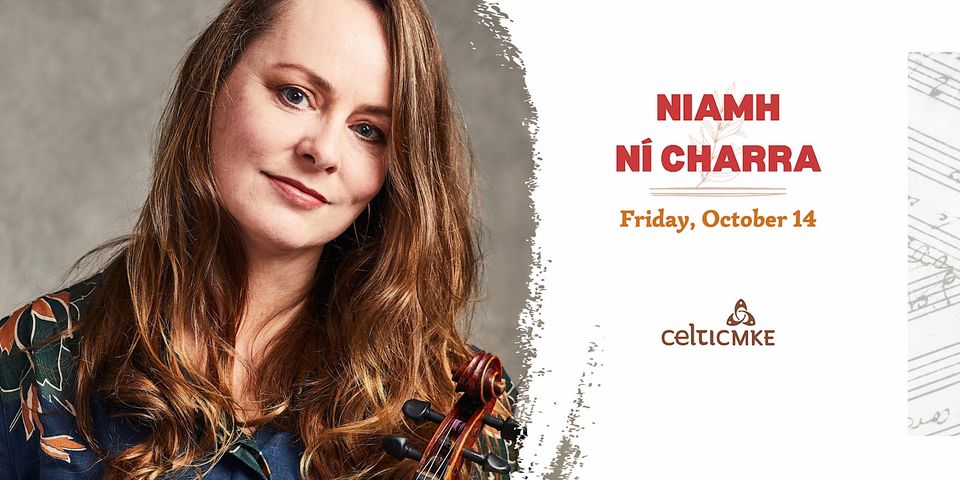 Niamh Ní Charra hails from Killarney, County Kerry in the south west of Ireland. Strongly influenced by a wealth of local Sliabh Luachra musicians, she started playing music at the early age of 4. A multiple award winner on both fiddle and concertina, she toured from 1998 to 2006 as a soloist with Riverdance and has released five critically acclaimed albums.

She is the recipient of several awards including “Instrumental Album of the Year” in 2014 in the Chicago Irish American News’ TIR awards for her previous album “Cuz”, “Female Musician of the Year” in 2012 and 2014, in the Live Ireland Music Awards, “Best Trad Music Act 2008” from UK publication The Irish World, and “Best Fiddle/Violin 2008” from the American based Irish Music Association.
Along with touring extensively as a solo artist and with her own band, Niamh has also performed and recorded with The Chieftains, and with Carlos Núñez. and in 2011 released an album “The Basque Irish Connection”, in collaboration with Basque musician Ibon Koteron. She regularly gives workshops and masterclasses on both fiddle and concertina, has performed for several presidents and members of royalty and has additionally coordinated concerts hosted by the Irish embassy, on behalf of the government.