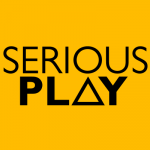 Gaming is not the solitary experience it often used to be. It wasn’t that long ago that playing video games meant sitting alone in the basement of your childhood home with no one to talk to but the characters on the TV screen.

UWM has adapted to changing technologies and embraced gaming as it exists today. The university’s Center for 21st Century Studies is home to the Digital Culture Collaboratory, also known as Serious Play. According to Ryan House, Serious Play’s administrator, what was founded in 2014 as a lecture series shifted to streaming gameplay on Twitch as a means to discuss aspects of game culture, game design, and game studies.

Equipped with new lab space and equipment in C21, Serious Play hosts a variety of weekly activities as part of an effort to “critically engage and actively research games, play, and related cultural formations.” These include a Monday afternoon game exploration chosen based on a monthly theme (Coffee Break) and a Tuesday afternoon game play that allows for a conversation about sharing space and screen (Couch Surfing). “I’m really interested in exploring the ways that a game’s procedural architecture positions players to interact with one another, particularly when they’re also sharing actual space,” House says of Couch Surfing.

Couch Surfing is a far cry from passive game play. The players collaborate to figure out the rules of the game and determine strategy. They also discuss the experience of playing the game as well as other gaming experiences they’ve had. All this as it streams live and people outside the room comment on what the players are doing.

Serious Play is open to anyone, including those with minimal or even no gaming experience. And while one of the goals is to explore the study of games and play, you don’t need to be physically present to participate. Through the group’s Twitch.tv channel they routinely engage with people across campus and outside of UWM entirely via chat during live streams.

Even though gaming is the primary activity, Serious Play is not limited to streaming. Upcoming lectures they are coordinating include today’s 3:30 pm talk by game scholar T.L. Taylor (co-sponsored by C21 and the Anthropology Student Union) and a November 18th lecture by Melissa Kagen, a scholar of “wondering games.”