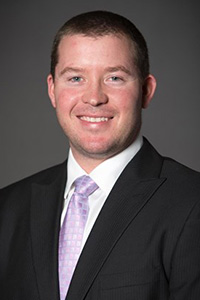 Shaun Wegner was hired as the assistant coach for the Milwaukee baseball team in August of 2017. He was promoted to associate head coach in the summer of 2019.

Wegner returned to Milwaukee after spending five seasons at the University of Wisconsin-Whitewater. The NCAA Division III powerhouse claimed Wisconsin Intercollegiate Athletic Conference championships in four of his seasons on staff, compiling an impressive 184-53 overall win-loss record (.776 winning percentage), which included an 88-22 mark (.800) in league play.

“After an extensive search for an assistant coach, we were fortunate to be able to bring Shaun back home,” head coach Scott Doffek said at the time. “Since leaving Milwaukee, he has gone out and made coaching his passion and has proven to be a very successful coach in all aspects. He is an exceptional recruiter with a great feel for the landscape and a relentless approach. He has tireless work ethic and a true love for the profession. We are absolutely thrilled to have Shaun back in the Black and Gold.”

Wegner worked as UWW’s hitting coach, catching coach, recruiting coordinator and camp coordinator during his tenure with the Warhawks. Included in that span was an appearance in the College World Series in 2015 and the NCAA Division III National Championship in 2014. Each of his seasons at Whitewater culminated with postseason appearances in the NCAA Tournament.

After graduating from UWM in 2010, Wegner served as graduate assistant coach at Minnesota State University-Mankato for two years. He earned an award for the highest GPA in MSU history. During Wegner's two seasons on staff, the Mavericks posted a combined record of 91-24 (.791 winning percentage) and qualified for the NCAA Division II Tournament twice, including a trip to the 2012 Division II College World Series, which yielded a third-place finish.

Wegner played baseball at Milwaukee from 2006-10, capping his time with the Panthers by helping the team to the Horizon League Tournament Championship and NCAA Tournament his senior season. He batted .300 that campaign, scoring 26 runs and knocking in 29 more. Wegner was named Second Team All-Horizon League as a sophomore, batting .329 overall and .389 in league play. A team captain for two seasons, Wegner was named to the Horizon League All-Newcomer Team as a freshman and went on to lead the conference in runners thrown out and runners picked off each of his final three years. In 180 career games at UWM, he finished with a .286 average, 87 runs batted in, 101 runs scored and 162 hits.

Wegner also has coaching experience in the Northwoods League. He was an assistant with the Lakeshore Chinooks in 2012, the team’s inaugural season. In addition to his summer with the Chinooks, Wegner served as the field manager and an administrator for the Sheboygan A's, who play in the Wisconsin State League, Northeastern Wisconsin League and the Langsdorf League of Southeastern Wisconsin.

Wegner graduated in 2010 with degrees in communications and economics from Milwaukee. He earned his master’s degree in sports management in May 2012 from Minnesota State-Mankato.

Wegner is a member of the American Baseball Coaches Association (ABCA).