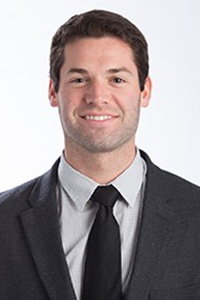 Drew Pearson enters his third season in 2020 as the volunteer assistant coach with the Milwaukee baseball team.

Pearson came to Milwaukee after a very successful year at Concordia University Wisconsin. In his one season on staff, CUW went 28-13 overall, setting a program record for most victories, including one over No. 3 Whitewater. The Falcons went 15-5 in conference play and finished runner-up at the Northern Athletics Collegiate Conference Tournament. The season ended with six players earning NACC all-league honors and the team finishing seventh in the final Midwest Regional poll.

“We are extremely excited to announce the addition of Drew Pearson to our staff,” head coach Scott Doffek said at the time. “Drew has spent the past few years honing his craft at Minnesota State and Concordia University. He has also spent a time coaching in the Northwoods League, where he was with some of the best NCAA DI college baseball players from all over the country.”

Prior to his time with the Falcons, Pearson spent two years on the staff at Minnesota State University, Mankato. At Mankato, Pearson helped coach the Mavericks to back-to-back NCAA Division II National Tournament appearances. In 2015, Mankato finished the season with a 43-9 record, while also recording the highest batting average in Division II Baseball.

“He has a true passion for coaching and his love and energy for the game is infectious,” Doffek said. “He will be working with our outfielders and baserunners as well as overall player development. Drew is a high-character man and the type of person we want around our athletes every day.”

Pearson spent his first year as an outfield and assistant hitting coach, while working with both infielders and outfielders, as well as serving as the hitting coach in his second season.

In addition to coaching at Mankato, Pearson has spent the 2016 season as an assistant coach with the Eau Claire Express in the Northwoods League. His duties included serving as the third-base coach and the team advanced to the Northwoods League Championship that summer.

He has also worked at the Hitters Baseball Academy in Racine, serving as the marketing coordinator for six years.

Pearson played for the Panthers from 2010-2013, helping the team advance to the NCAA Regional Tournament in 2010. In 103 career games, he recorded 50 hits, scored 30 runs, hit six home runs and drove in 40. He graduated from UW-Milwaukee in May of 2014 with a Bachelor's Degree in Finance & Marketing and also holds a Master's Degree in Sport Management from Minnesota State University, Mankato.