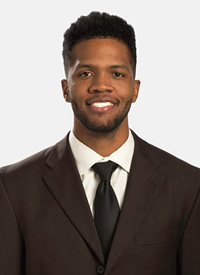 Jason Newkirk joined the staff of the Milwaukee men's basketball program prior to the start of the 2018-19 campaign.

Newkirk comes to Milwaukee following last season as the assistant coach at Colby Community College in Colby, Kansas. In his only year, the Trojans went 20-12 and advanced to the quarterfinals of the NJCAA Region VI Tournament.

Prior to his stop at CCC, Newkirk spent three seasons in Charlotte, N.C., as the head men’s basketball coach and director of basketball operations at the Standard of Excellence Post Graduate Academy (SOE). While there, he was directly involved in character building and player development for the postgraduate players from the inaugural season on. He was an integral part in helping develop each of his student-athletes, who continued on to play at the NAIA, DI, DII, DIII, and JUCO levels.

Newkirk grew up in South Carolina. His college playing career included two seasons with the Raiders of Oakton Community College (Ill.). He spent his final two campaigns at Olivet Nazarene University, where he graduated with a degree in marketing management.