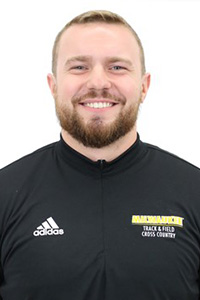 Luke Krauser joined the Milwaukee track & field coaching staff in the fall of 2019 and specializes in coaching throws for the Panthers.

Krauser comes to MKE after a four-year stop at Upper Iowa University as the Peacocks throws coach for the track and field teams. He also took part in the recruitment for both programs.