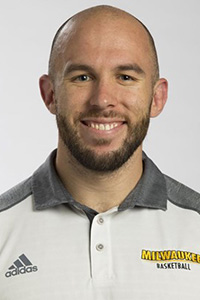 Matt Holt is in his fourth year with the Milwaukee Athletics. He began his current role of Director of Strength and Conditioning in 2017.

Holt graduated from Carroll University in 2011 with a degree in exercise science and currently holds his SCCC and CSCS certifications.