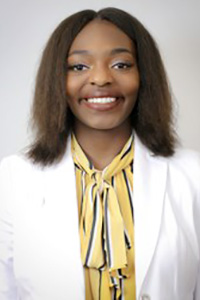 Aaliyah Covington was hired as a graduate manager and video analyst with the Milwaukee women’s basketball staff in the summer of 2019.

Covington comes to Milwaukee after a successful four-year playing career at mid-major power Saint Louis. She helped the Billikens to three-straight postseason appearances each of her final three seasons, playing in the Postseason WNIT all three seasons and advancing to the third round her sophomore year. In all, she helped SLU to 83 total wins over her time, and graduates as one of the top free-throw shooters in program history after connecting on 77.3 percent of her attempts from the charity stripe.

Off the court, Covington has an impressive amount of experience in working with others. She recently finished up an internship at the VA Medical Center in St. Louis, while also working as a graduate assistant for social work admissions at SLU. During her time as an undergraduate, she also helped out with a number of non-profit organizations and peer-mentor groups. With basketball, Covington worked with summer camps all four years with the Billikens.