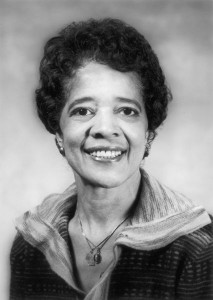 Vel Phillips was one of the most prominent and accomplished figures of Milwaukee’s African American community. Phillips was born in Milwaukee on February 18, 1924. She graduated from Milwaukee’s North Division High School and then from Howard University in Washington D.C. She returned to Wisconsin to attend the University of Wisconsin-Madison Law School and received her law degree in 1951. In 1956, at the age of 32, she became the first African American and first woman elected to Milwaukee’s Common Council. In 1962, she introduced the Phillips Housing Ordinance–a bill that outlawed housing discrimination–to her peers in the Common Council. The bill, however, was defeated 18-1 with only her vote in favor. Between the years of 1963 and 1967, Phillips would reintroduce the fair housing bill three additional times, only to have it defeated each time. In 1967, she and the Milwaukee NAACP (National Association for the Advancement of Colored People) Youth Council joined forces in an effort to rally for the passing of an open housing bill. In an effort to dramatize the open housing issue, the Youth Council staged marches across the 16th Street bridge to the South Side of the city.

Although she favored legal action over direct action, Phillips made it a priority to march along with the Youth Council on the second day of the open housing marches. She was also arrested a few days later for allegedly violating Mayor Maier‘s 30-day ban on marches and demonstrations. The Youth Council once again teamed up with Vel Phillips for its 1968 campaign against the Allen-Bradley Company’s discriminatory hiring policy. Although she did not march in the campaign, Phillips did assist the Youth Council in negotiating with the company’s officials and representatives. A few years later, in 1971, Governor Patrick Lucey appointed Phillips to the Milwaukee County Circuit Court, making her Wisconsin’s first African American judge. In 1978, she once again made history when she became the first African American to be elected as secretary of state. Phillips died on April 17, 2018 in Milwaukee. EM

See also: citations for Vel Phillips in the bibliography