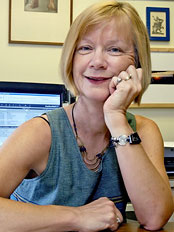 My research, writing, and teaching have been closely related. I began my career as a historian of early modern Europe, with a research focus on women’s work in Germany. When I moved to UWM, my teaching responsibilities came to include the history of Christianity, and my research interests also increasingly focused on religion, especially issues of gender and the Protestant and Catholic Reformations. At the same time, I began to write and publish various types of source books designed for use in the classroom and to teach courses in world history. This took me into geographic areas and time periods far away from early modern Europe, and my research expanded as well, becoming global as well as European. Since 2000, I have worn these two hats, one as a historian of early modern Europe and the other as a world/global historian, with a primary focus on women, gender, and sexuality within these.