Asata Shakur (born JoAnne Byron) was born in New York, New York, and grew up respectively in both Jamaica, and North Carolina. At the age of seventeen Asata was bored with school, so she dropped out of high school and moved out of her mother’s house. She worked minimum wage jobs to support herself all the while going to night school. Not long after Asata moved out on her own, she met African students from Columbia University who introduced her to the political systems within the U.S.

“Before moving back to college, I knew didn’t want to be an intellectual, spending my life in books and libraries not knowing what the hell is going on in the streets. Theory without practice is just as incomplete as practice without theory. The two have to go together.”

Her African colleagues also taught her about communism, imperialism and Black Consciousness, which inspired her political awaking. She changed her name from JoAnne Byron to Asata Shakur [ Asata means “she who struggles” and Shakur means “the thankful one”] all to better fit the revolutionary woman she knew she wanted to be. When she attended community college she joined protests and supported the Black Liberation Movement, the student’s rights movement, and the movement to end the Vietnam war. She eventually became a member of the Black Panther Party, but left due to disagreement with authoritarian leadership within the group. As a member of the Black Panther Movement, Asata was subject to harassment and violence. Since she was a known former member of the BPP, she was always under surveillance so she went “underground” and joined the Black Liberation Army.

In 1973, New Jersey state troopers stopped Asata and several other BLA members for driving with a ‘broken taillight’ and ‘speeding’. Upon searching their vehicle, the state troopers discovered guns in the car, which led to a shootout. Asata was shot and seriously injured by state troopers while she tried to surrender. One state trooper, Werner Foerster, died from injuries, and Asata was immediately arrested. She was put on trial for the death of Werner Foerster and held in prison for the next four years. In 1977 Asata was officially charged with the murder of Werner Foerster despite the fact that there was no medical evidence to prove that she could have murdered him.

Two years after her conviction, fellow BLA members helped Asata escape prison and brought her to Cuba where she received political asylum. On May 2nd, 2005, Asata Shakur was added to the FBI’s Domestic Terrorist List. A one million dollar award was offered for assistance in her capture.

“… I am a 20th century escaped slave. Because of government persecution, I was left with noother choice than to flee from the political repression,racism and violence that dominate the US government’s policy towards people of color. I am an ex political prisoner… I have been a political activist most of my life, and although the U.S. government has done everything in its power to criminalize me, I am not a criminal, nor have ever been one. In the 1960s, I participated in various struggles: the black liberation movement, the student rights movement, and the movement to end the war in Vietnam.

Asata Shakur resides in Cuba to this day and is still on the FBI’s most wanted list. 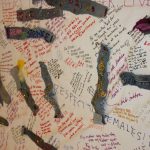 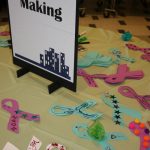