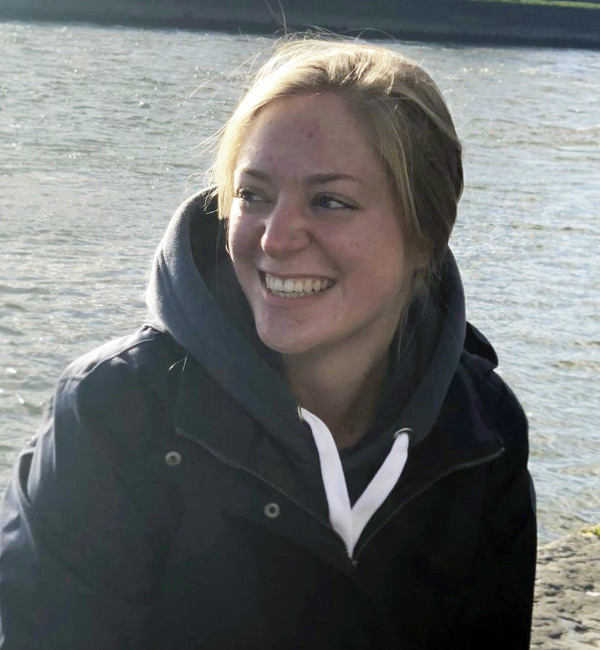 “During the fall of 2018, I embarked on my first solo travel, across the ocean from my friends and family to a land I’d never seen and a place where I knew no one. Arriving two weeks prior to my only other UWM counterpart, I was both anxious and ecstatic at the same time. I felt like it was my first year of college again, except this time across the Atlantic and without the reassurance of my parents an hour and half away. I made my first friend while boarding my plane in Chicago, a woman from Lodi, WI, who was also going to UCD. She served as a reminder of home, of the Midwest, of cheese curds, and the word “ope” throughout my semester. But by the end of my semester, Dublin had become my new home, phrases like “top up,” “that’s grand,” and “what’s the craic,” seeped into my everyday vocabulary, and my friends turned into family.

There was no time for the jet lag to wear off, too many people to meet and places to see before classes started. Being the largest city I have ever lived in, Dublin took a little bit of time to get used too. Compared to the rest of Europe, its transportation system sucked; compared to Milwaukee, it was a well oiled machine! I met countless other exchange students in my first few weeks and took day trips throughout Dublin; exploring Phoenix Park on the city’s northwest side; Howth on the northeast; and Dún Laoghaire in the southeast. We spent many days walking around downtown, familiarizing ourselves with which buses went to campus, which streets were touristy, and where to find the best spice bags (an Irish food thing).

Unlike most of the friends I made in Ireland, I had arranged a unique living arrangement. Since I would be living in a city notorious for its housing shortages and fraud, I had wanted to find a place before I arrived. The process for getting a spot in a UCD dorm seemed too difficult and uncertain so I posted on a few sublease boards. Soon, I got a message from a student who was currently renting a room (or dig as the Irish say) in a family home, about a mile from campus. I did my due diligence; researching the area, confirming the landlord was well known and ensuring that it was not fraudulent. Before long, I learned I had agreed to rent a room in the home of the Minister of Culture, Heritage, and Gaeltacht (Language) for the country of Ireland. I wouldn’t have traded that experience for the world! As a student interested in politics, my host mom was able to give me a front door view to the world of Irish politics. I got to see her both as a politician and as a Mom. I stayed with her, her husband and two sons, and their dog during my four months in Ireland.

My education in Irish politics and Ireland’s impact on the world stage didn’t stop with my host family. I thoroughly enjoyed all five courses I took at UCD during my semester abroad. I took two courses focused on Irish history; one focused on archaeology and the role of neolithic buildings and monuments in shaping people and places in Ireland. The other focused on more recent Irish history: the language and landscape, placenames and the development of manuscripts, folklore and traditions as well as literature and poetry. Both of these courses broadened my understanding of Ireland and its history of which I had I very little previous knowledge. In addition, I took three other classes: Social Policy, Justice and the Environment; Capitalism and Democracy: the Politics of Inequality; and Political Geography. These courses included primarily Irish students. In my Social Policy course I analyzed the impact of housing standards and transportation means on the social, economic and environmental outlook of the city. In my Capitalism class I examined the factors that perpetuate inequality and answered the question, if there are more poor people than rich people, “Why Don’t the Poor Soak the Rich?”. In my Political Geography course I learned about key geopolitics that have shaped major world events such as the Arab Spring, the Nuclear Crisis with Iran and North Korea, the War on Terror and the War on Drugs. What I appreciated most about the courses I took at UCD were their focus on world impact. Ireland is situated in a unique position; the United States is to its left across the Atlantic Ocean, its border to the north is a country in the United Kingdom, and it is a part of the European Union. Each topic we discussed in my courses were examined from an Irish, United States, United Kingdom, and European perspective.

Overall, my time in Ireland was one I will never forget, and I have a tattoo of a four-leaf clover on my wrist to prove it. The people I met, places I visited, and the conversations I had will stay with me for the rest of my life. I learned so much about Irish history and Irish culture, and beyond that I learned so much from my new friends from Germany, Switzerland, France, England, Canada and New Zealand about what it’s like living in a place other than the United States. Those friends I made will forever hold a special place in my heart. I am grateful for the opportunity I had in Dublin and beyond satisfied with the people I met and experiences I had. If you’re interested in visiting Dublin, feel free to reach out for suggestions. If you’re interested in studying abroad, I can only highly recommend the experience and tell you to take advantage of the opportunity.”