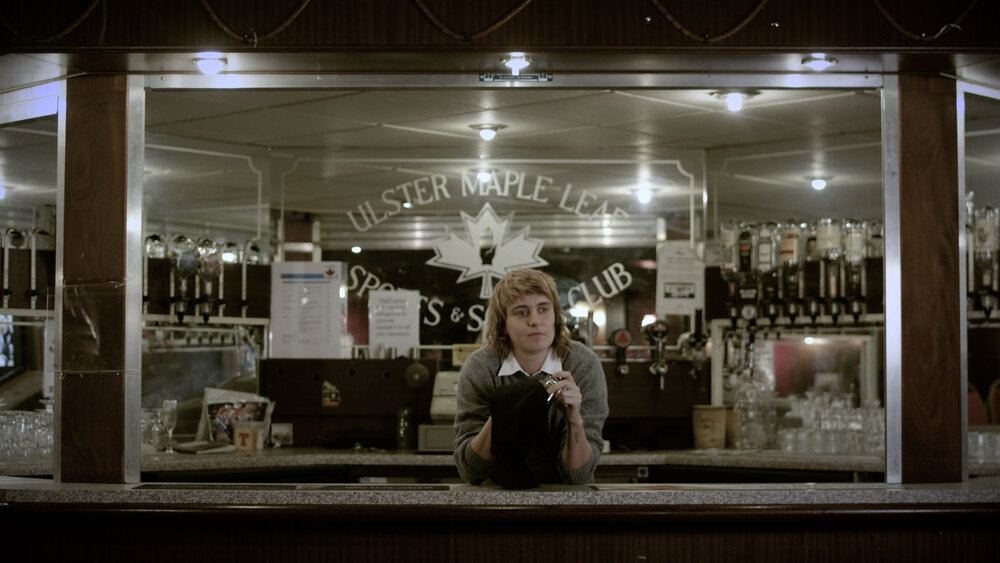 Trouble begins in Vienna, with the filmmaker meeting her father, David, whom she hasn’t seen since she was two years old. She surprises him by showing him a BBC documentary that was made in 1971 about his teenage interfaith romance with a Catholic girl. They are cast as star-crossed lovers in a portrayal riddled with inaccuracies that led to threats of violence from both sides and his eventual flight from Ireland. After it aired, he cut all ties with friends and family and has never returned. The film then travels to Northern Ireland and segues into an impossible reconstruction of David’s early years in Belfast. In David’s absence, Garnett uses previously recorded audio interviews to skillfully craft a lip-synced, cross-gender performance where she impersonates the youthful presence of her father and casts a transgender actress, Robyn Reihill, in the role of his girlfriend. The film cycles through various camera modes to create a fragmented account of a teenager struggling to find an identity in a rapidly deteriorating society. The layers of texture in this film mirror the fractured lens of history, and point to the impossibility of cinema as a container for “Truth.” In Trouble, it is a means of connection between an estranged parent and his adult child, a medium for drawing connections between political struggles and a way to highlight the complexities of representation and the construction of identity