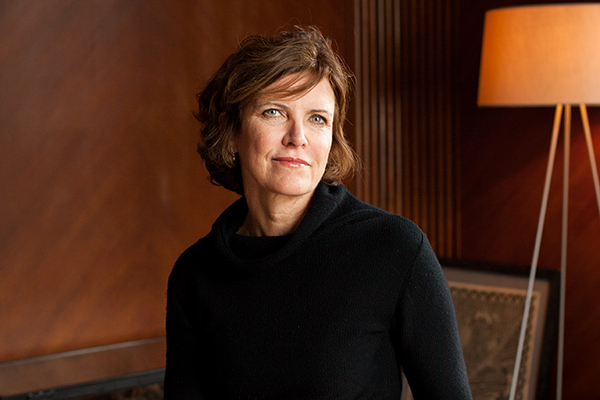 American architect and MacArthur Fellow Jeanne Gang, FAIA, founding principal of Studio Gang has been awarded the seventh Marcus Prize, an architectural prize offered worldwide to recognize architects ‘on a trajectory to greatness.’ This $100,000 award, supported by the Marcus Corporation Foundation (the philanthropic arm of the Marcus Corporation, a lodging and entertainment company headquartered in Milwaukee) and administered by the University of Wisconsin-Milwaukee School of Architecture and Urban Planning, includes a cash prize to the recipient and supports a design studio at the school that will be collaboratively led by Ms. Gang.

The jury members, Frances Bronet, Provost and Senior Vice President of Academic Affairs at Illinois Institute of Technology; John Czarnecki, Editor-in-Chief of Contract Magazine; Anne Rieselbach, Program Director at the Architectural League of New York; David Marcus, CEO of Marcus Investments and Robert Greenstreet, Dean, University of Wisconsin-Milwaukee School of Architecture and Urban Planning met on Tuesday, August 29 2017, when they reviewed the portfolios, CVs and work statements of a pool of international nominees from 16 countries on 4 continents, all who were required to demonstrate at least ten years of proven, exceptional practice.

After considerable deliberation, the jury selected Jeanne Gang as the recipient. Jury member John Czarnecki commented that she “is adept at outstanding design for all scales–from the neighborhood and urban scale to the detail of buildings and interior elements. Her practice combines design thinking about the impact of architecture and urban design on cities as well as the creation of beautiful buildings rooted in context that will stand the test of time”.

Ms. Gang is internationally renowned for a design process that foregrounds the relationships between individuals, communities, and environments. Her diverse body of work spans scales and typologies, expanding beyond architecture’s conventional boundaries to pursuits ranging from the development of stronger materials to fostering stronger communities. Her approach has resulted in some of today’s most compelling architecture, including Aqua Tower, the Arcus Center for Social Justice Leadership, and Writers Theatre. A recipient of the 2013 National Design Award (Cooper Hewitt, Smithsonian Design Museum), Jeanne was named the 2016 Architect of the Year by the Architectural Review. In 2017, she was honored with the Louis I. Kahn Memorial Award and a Fellowship from the Royal Architectural Institute of Canada. Widely published and acclaimed, her work has been exhibited at the Venice Architecture Biennale, Chicago Architecture Biennial, Museum of Modern Art, and Art Institute of Chicago. She is the author of Reveal, the first volume on Studio Gang’s work and process, and Reverse Effect: Renewing Chicago’s Waterways, which envisions a radically greener future for the Chicago River.

A distinguished alumna of the Harvard Graduate School of Design, Jeanne has taught architecture at the graduate level, most recently as the John Portman Design Critic at the Harvard GSD, where her studio explored the multivalent potential of materiality. She lectures frequently throughout the world and serves on various civic and design-focused committees and advisory groups.