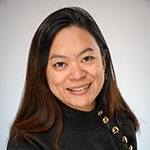 Hongyan Yang is a PhD candidate and Adjunct Professor in Architecture in the Buildings-Landscapes-Cultures program at the University of Wisconsin-Milwaukee, where she teaches the History of East Asian Architecture and Food Architecture. Trained as an urban planner, cultural geographer and architectural historian, her interdisciplinary research focuses on how immigrants’ cooking traditions and cultural sensibilities invest new meanings to the built environment and cultural landscapes in the United States. She looks beyond the fundamental role of architecture to its significance in studying ethnic culture, immigration history and transnationalism. Yang’s doctoral dissertation “Built for Food: Materializing Chinese American Identities from Service to Ownership, 1850-1945” examines the resistance voice of Chinese immigrants embedded in food and food spatial practices in California, and how the agency of Chinese immigrants shaped the physicality and experience of the built environment and influenced Chinese food history during the Exclusion Era.

In addition to her research, she has developed community-centered teaching and professional practices in historic preservation and heritage consulting. She believes that the primary purpose of education is to acquire a deeper understanding of other people’s experiences and to unceasingly challenge one’s own prejudices. She encourages students to consider architecture beyond aesthetics to address social equality and reflect on cultural relevance and community identity. In her class, students find success through exercising multidisciplinary research methods to uncover the histories of both dominant and underrepresented groups in everyday, mundane cultural landscapes. She is also an advocate for historic preservation in the Asian American and Pacific Islander community (AAPI), providing cultural consultation services for the accurate portrayal of APPI histories in media arts. She is dedicated to research, teaching and practices that uplift the AAPI community and other minority groups.

In recognition of her work, she has received multiple fellowships from the university and professional organizations, such as UWM’s Distinguished Dissertation Fellowship 2018-19, the Pamela H. Simpson Presenter’s Fellowship from the Vernacular Architecture Forum (VAF) in 2016, and UWM’s Distinguished Graduate Student Fellowship 2013-14. She also received numerous awards, including but not limited to the 2018 UWM Three Minute Thesis Competition Finalist, the Sophie Coe Prize Honorable Mention in 2017, the Ambassadors Award from VAF in 2015, UWM’s Chancellor’s Award in 2013, and the American Pacific Coast Geographers Committee Award for Excellence in Area Studies in 2012. She has presented conference papers to multidisciplinary audiences for the Association of American Geographers, American Anthropological Association, Oral History Association, and Vernacular Architecture Forum. She has also been invited as a guest presenter for non-profit organizations in the AAPI community such as the 1882 Foundation and the Chinese Historical Society of America.

Yang, Hongyan. “Art as Place and the Place as Art: Comparing the Beijing and
Shanghai Artist Districts.” Yearbook of the Association of Pacific Coast Geographers 75 (2013): 217.

Kong, Xiang, Junjie Qian and Hongyan Yang. “The Exploration of the Influences of
Local Cultures on Cultural and Creative Clusters: A Case Study of 798 and M50 Art Districts.” Commentary on Cultural Industry in China, 15 (2011): 366-380. (in Chinese)