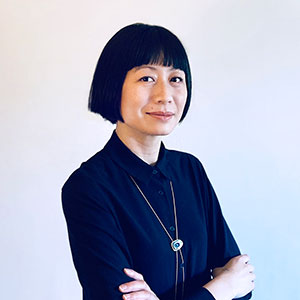 Debbie Chen joins UWM-SARUP as the 2021-2022 Architectural Activism Fellow where she will be researching the spatial futures of drawdown architecture and carbon neutrality.

A licensed architect born in Taiwan and raised Los Angeles, Debbie’s work explores issues of scale, urban systems, and infrastructure where design overlaps with extra-disciplinary fields such as civic utilities, material flows, and economic policy. Her projects attempt to leverage the power of architectural thinking to render these invisible yet wide-reaching forces palpable, expanding our understanding of (and relationship to) the built environment. Her work is equally interested in exploring the formal and phenomenal potentials of systems design.

Prior to joining SARUP, Debbie served as a Project Architect at Morphosis Architects for the design of a new academic building at the University of Toronto, as well as for the construction of a land port-of-entry facility at the US-Canadian border. She was also a Project Lead at LTL Architects. Debbie has taught at Syracuse University and served on design juries at RISD, The Cooper Union, Columbia University, Cornell University and Yale University. In 2014, her Municipal C.H.U.W. proposal for a localized waste management institution in NYC was awarded the Holcim Awards Next Generation 1st Prize in North America. Debbie received a Master of Architecture from Princeton University and graduated Summa Cum Laude with a Bachelor of Architecture from the University of Southern California.