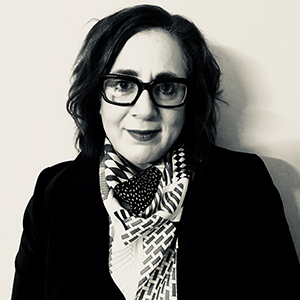 Jasmine Benyamin is an Associate Professor of Architecture whose interdisciplinary research and teaching focuses on architectural manifestations in art practice and popular culture.

Benyamin’s recently completed PhD addresses ongoing debates regarding the origins of the Modern Movement, by examining one moment in the much-contested relationship between architecture and photography. Her study carves out a critical space of inquiry within which architectural and photographic practices collide with increased velocity at the turn of the twentieth century. In so doing, her research expands the framework for re-evaluations of architectural modernism.

Professor Benyamin has presented her work at several national and international conferences including the European Architectural History Network, German Studies Association, Society of Architectural Historians and ACSA. A recipient of numerous awards including an Andrew W. Mellon Foundation Grant, a Canadian Centre for Architecture (CCA) collection research grant, as well DAAD and Fulbright fellowships for her research in Germany, she is also the editor and translator of several books on architecture, including recently published monographs on Bernard Tschumi and Jean Tschumi. An essay on the work of artist Lara Almarcegui was published in an anthology in 2013, and an essay related to her doctoral work recently appeared in the Journal of Architecture.