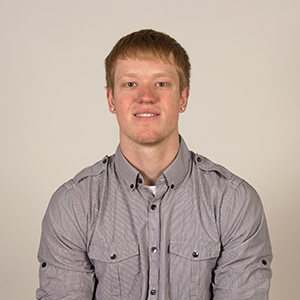 Be your own Inspiration.

Nicholas Davis, senior year graphic design major at the University of Wisconsin Milwaukee. A semester away from finishing his degree, he initially spent two years as a fine arts major at UW-Waukesha. After transferring to UWM, he switched his major to graphic design. He needed the challenge, and has continually pushed and challenged himself ever since. He is an Honor Society member with an interest in all things Adobe and illustration along with advertising and customer relations/social media. He possesses a wide variety of artistic skills, from being able to draw and render in hand drawn mediums, to being able to code out applications and websites. Aside from all things design and art, he is a driven individual interested in his personal health and always making himself better. He is an avid weight lifter: future IFBB/NPC physique competition competitor. Driven and ambitious; always willing to tackle a new challenge or whatever is thrown his way. Looking for possible internships/job opportunities, where his talents are allowed to shine, and he is allowed to wow both his employers and his customers with what he is capable of doing. He can be reached/contacted at his Linkedin profile, school email: nodavis@uwm.edu, or at his mobile number: 262-391-0058.