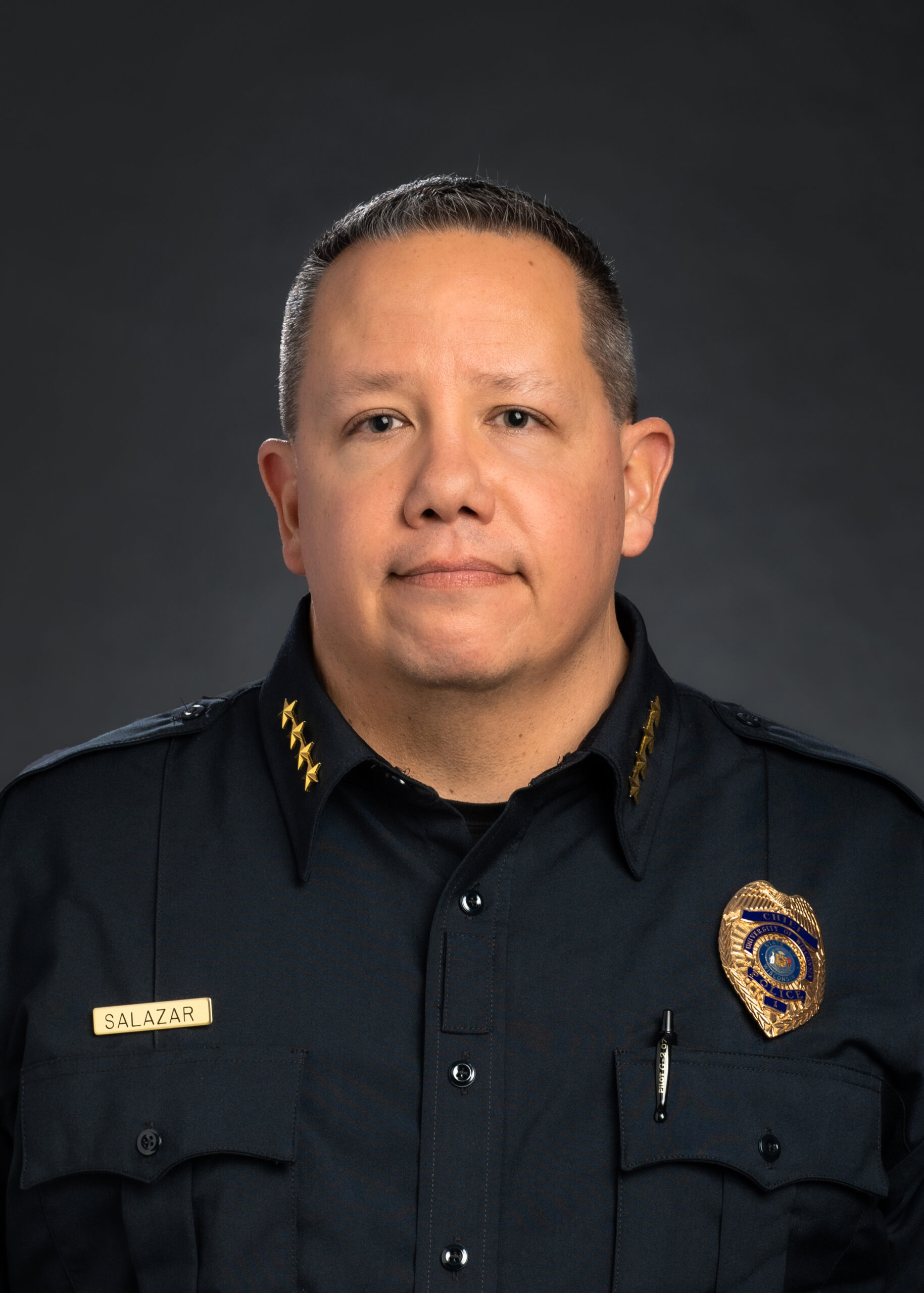 Chief Salazar was appointed to the Milwaukee Police Department in 1996 and served as a patrol officer in the Seventh District until his promotion to Detective in 2001. As a Detective, he worked in the Robbery and Homicide Divisions. From 2009 through 2013, he served as a Lieutenant in the Criminal Investigation Bureau and in the Internal Affairs Division.

In 2013, Chief Salazar was promoted to Captain and assigned as the commander of the Intelligence Fusion Center (IFC). While serving as the commander of the IFC, Chief Salazar oversaw the implementation of the National Integrated Ballistic Information Network, the expansion of the ShotSpotter System, and the creation of the Crime Gun Intelligence Center. In 2019, Chief Salazar was assigned as the Acting Field Night Inspector providing oversight and management for all nighttime police operations.

In 2020, Chief Salazar was assigned to the Second District located on the near south side of Milwaukee. As a district commander, he led a staff of 150 sworn officers providing police services for a population of 87,000. Chief Salazar focused his energy on strengthen community partnerships and trust by working closely with community partners such as Safe and Sound, Clarke Square Neighborhood Initiative, Historic Mitchell Street Business Improvement District, Revitalize Milwaukee, Ebenezer Stone Ministries, and the LGBTQ+ community.

Chief Salazar holds a Bachelor of Arts in Criminal Justice from Concordia University – Wisconsin and a Master of Science in Criminal Justice from Bowling Green State University. Chief Salazar is a graduate of the FBI Law Enforcement Executive Development Association’s Executive Institute, International Association of Chiefs of Police (IACP) – Leadership in Police Organizations, and the 56th Session of the Police Executive Research Forum (PERF) – Senior Management Institute for Police. Chief Salazar has experience working with the Police Foundation, PERF, and has presented at the annual IACP conference.