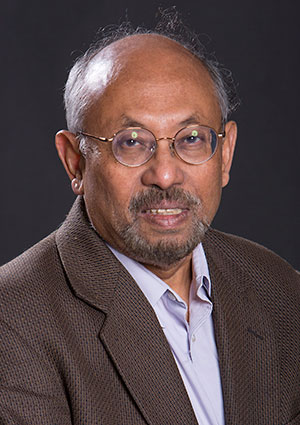 Dilano Saldin’s research covers all aspects of the use of radiation to study matter, and diffraction and scattering phenomena. Particular interests are holography, and x-ray scattering from biomolecules.

Dilano Saldin obtained his BA in 1971 and his a PhD in Materials in 1975, both from the University of Oxford. From 1976 to 1981 he worked there first as a junior research fellow and then as a lecturer. In 1981 he started working as a research fellow at Blackett Laboratory, Imperial College, University of London, where he stayed until 1988. Since 1988, Saldin has been at the University of Wisconsin-Milwaukee, where he is now a Distinguished Professor. From 2000 to 2001 and from 2002 to 2008 he was Chair of the Department of Physics.

As a result of his research, Saldin holds two atomic imaging patents. He is consultant to the commission on Electron Diffraction, International Union of Crystallography, and to a major Japanese electronics company in the area of electron holography. He is a member of the editorial board of Journal of Holography and Speckle. Dr. Saldin is a member of the National Science Foundation Science and Technology Center on ‘Biology with X-Ray Lasers’ and his current research is also supported by a regular NSF grant in Molecular and Cellular Biophysics.