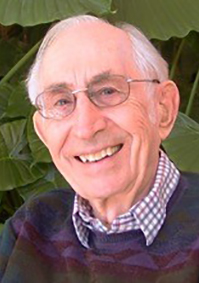 Robert G. Greenler’s research has been centered on the optical properties of surfaces. He received his BSc from the University of Rochester and his PhD from Johns Hopkins University. His teaching career, as a Professor of Physics at the University of Wisconsin-Milwaukee, spanned 30 years (1962-1992). In addition to extensive research publications in international research journals of the highest impact, Greenler is the author of 3 books, including: “Rainbows, Halos, and Glories;” “Chasing the Rainbow: Recurrences in the Life of a Scientist;” and “Outside My Window: A Look at the Oakwood Village Nature Preserve.”

Past accolades include the Robert A. Millikan award (in 1988), the UW-Milwaukee Ernest Spaights Plaza Award and the Esther Hoffman Beller Award. Greenler served as the President of the Optical Society of America (1987).

He is a co-founder of UW-Milwaukee’s “Science Bag” program, an educational lecture series started in 1973 to bring science to the community, specifically to families. More than 150,000 people have attended Science Bag over the years to learn about topics such as the physics of musical instruments, cardiovascular disease, visible and invisible colors in the world around us, dinosaurs, and much more.

Professor Greenler continues to support Physics education through his generous involvement in the UWM College of Letters and Science “Deans Distinguished Lecture in the Natural Sciences” series, both as a presenter and sponsor. Most recently (October 2017), he sponsored the visit and presentation to the UWM campus by Astronaut and Earth scientist, Dr. Kathy Sullivan, who was the first American woman to walk in space.

During his relationship with UWM spanning over half a century, Greenler has taught and mentored a large number of students, researchers and faculty. His PhD students include Distinguished Professor and winner of the prestigious Buckley prize, Juan Carlos Campuzano (University of Illinois) and Wisconsin innovator and entrepreneur Kurt Brandt (President, Brandt Innovative Technologies, and LinqThingz, Inc.)”