View All Updates
New to UWM?
Research Portal
His chemistry of hope is leading to better drugs to ease anxiety, alcoholism. 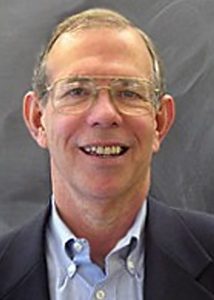 Keeping up with the fast-paced world of James Cook presents a formidable challenge. The busy chemistry professor begins a discussion of his work by organizing it into three categories: natural products, medicinal chemistry, and organic synthesis. “If you can’t remember all that, just think of me as a synthetic/organic chemist,” he says, helpfully. “My goal is to make better, safer drugs than those currently on the market.”

At the moment his focus is on anti-anxiety drugs. First, Cook and his students employ computer modeling to design agents for specific Valium receptors. If the models show promising results, the agents are synthesized, and then other researchers test the agents on rats and primates. If those tests are favorable, further studies are conducted on human subjects. All of this can take six or seven years, Cook says, before a new drug is approved for the marketplace. Although Cook is reluctant to get ahead of himself in claiming success, he does point out that he has patented a number of his chemical components. These patents could turn out to be potentially lucrative for UWM.

Many anti-anxiety drugs contain potentially harmful side effects—which could include sedation, amnesia, and ataxia, to name a few—and physicians have shown reluctance to prescribe such drugs for elderly patients, especially if they demonstrate a lack of balance. “The doctors don’t want to prescribe something that may cause someone to fall and break a hip,” Cook says.

To eliminate these negative factors, Cook and his research team are identifying regions in the brain that cause the unwanted side effects, and designing drugs that don’t affect those regions.

Another of Cook’s projects offers hope of more effective control of alcoholism. Unlike Valium, which is sometimes used to treat alcoholism, Cook’s anti-anxiety drug would block alcohol’s euphoric effects, reducing patients’ incentive to go back to drinking. Also, Cook’s drug would not have a sedative effect.

Synthesizing these compounds is a long process. Cook estimates he has been working on variations of these combinations for 10 or 12 years. Most of Cook’s substantial research funding comes from the National Institute of Mental Health, the National Institute on Alcohol Abuse, and various pharmaceutical firms looking to get in on the latest technology.