The University of Wisconsin-Milwaukee received a platinum seal for excellence in student voter engagement from a leading voter advocacy group after voting rates increased in the 2018 midterm election.

The ALL IN Campus Democracy Challenge awards platinum seals, its highest rating, for student voting rates above 50%. The seals are based on voter turnout data from the National Study of Learning, Voting, and Engagement (NSLVE), an initiative of Tufts University’s Institute for Democracy & Higher Education.

Midterm voting rates in the 2018 midterm increased 2014 across all three UWM campuses:

Under a UW System restructuring, UW-Waukesha and UW-Washington County became part of UW-Milwaukee in 2018.

“UW-Milwaukee is delighted to receive this national recognition for our efforts to increase student voting,” Chancellor Mark Mone said. “Our campus community is committed to working together to reduce apathy, increase engagement and graduate civic-minded students prepared to solve the pressing challenges that face our nation and the world.”

Most recently, UWM had a cross-disciplinary committee prior to the 2018 election that focused on increasing student voter registration, engagement and outreach. The effort, along with the City of Milwaukee Early Voting site on campus and heightened interest by today’s college students in the political process, all contributed to an increase in turnout, said Keri Duce, UWM director of external relations.

Campuses submitted their NSLVE turnout data to the ALL IN Challenge. Overall, the average voter turnout among institutions participating in the NSLVE was 39.1% in the 2018 midterm, up from 19.7% in 2014.

Colleges and universities were recognized last week by the ALL IN Campus Democracy Challenge at an awards ceremony in Washington. The group describes itself as a nonpartisan, national initiative that recognizes and supports campuses as they work to increase nonpartisan democratic engagement and full student voter participation.

“We are excited to honor the University of Wisconsin-Milwaukee with an ALL IN Challenge platinum seal in recognition of their intentional efforts to increase democratic engagement and full voter participation,” said Jennifer Domagal-Goldman, executive director of the ALL IN Campus Democracy Challenge. “More institutions like UWM are changing culture on campus by institutionalizing nonpartisan democratic engagement efforts that are resulting in the incredible student voter turnout rates that we’ve seen across the country.”

The challenge encourages higher education institutions to help students form the habits of active and informed citizenship, and to make democratic participation a core value on their campus. More than 560 campuses, enrolling more than 6.2 million students, have joined the challenge since its launch in summer 2016.

The National Study of Learning, Voting, and Engagement is the only national study of college-student voting. It is based on the voting records of more than 10 million students at more than 1,000 colleges and universities in all 50 states and the District of Columbia. Study organizers at Tufts’ Institute for Democracy & Higher Education say that they do not receive any information that could individually identify students or how they voted. 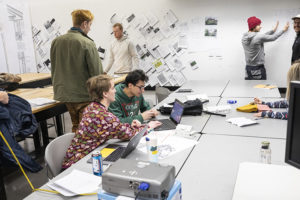 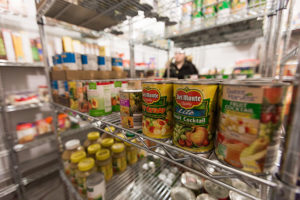 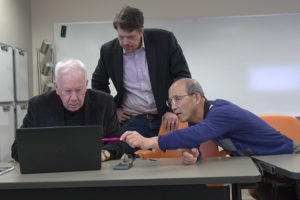