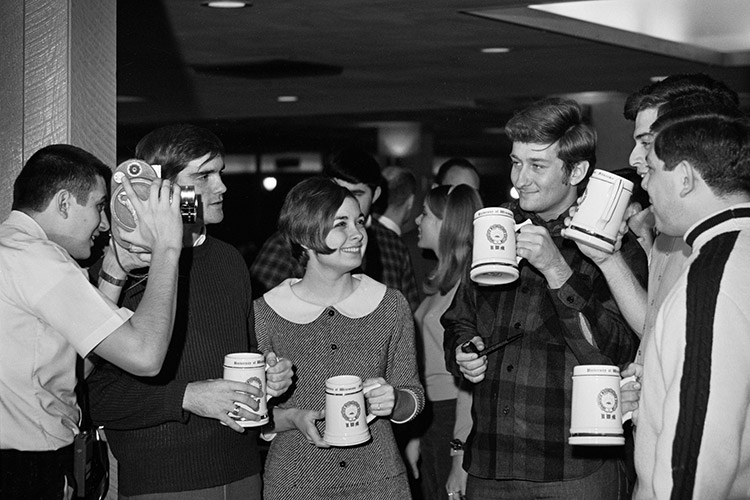 Students buy beer on campus for the first time, 1967 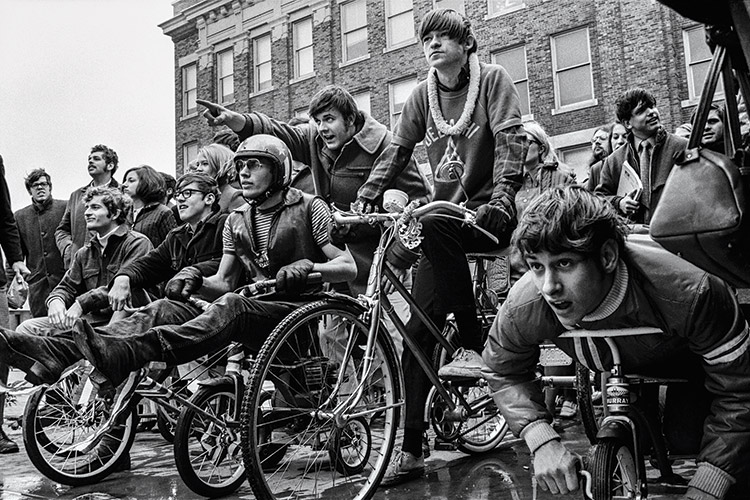 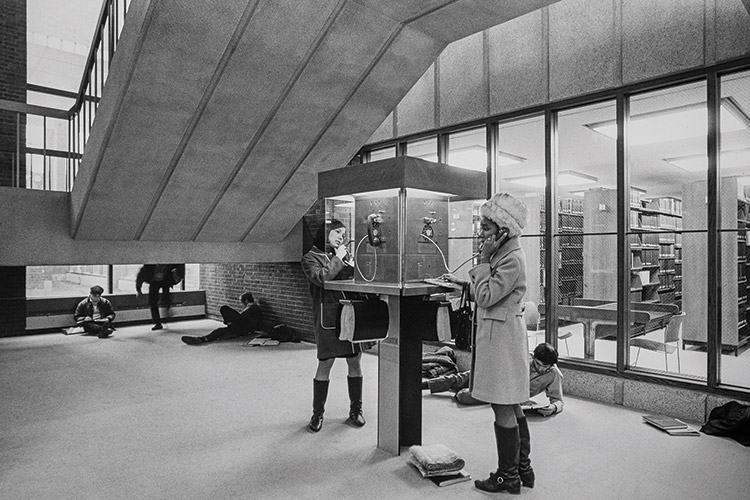 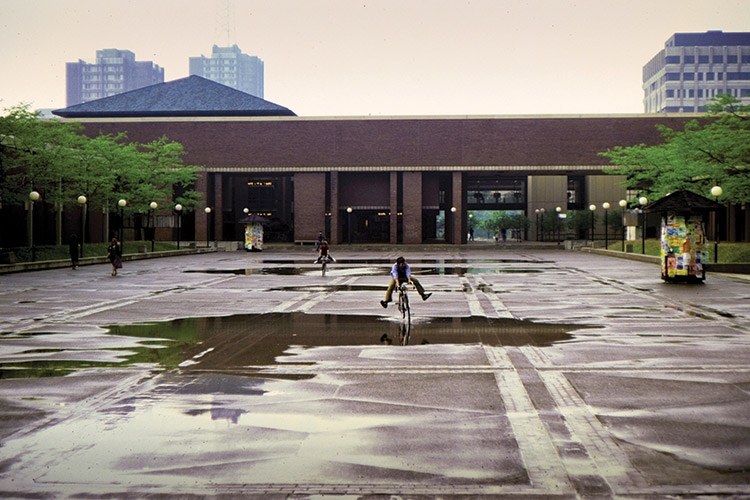 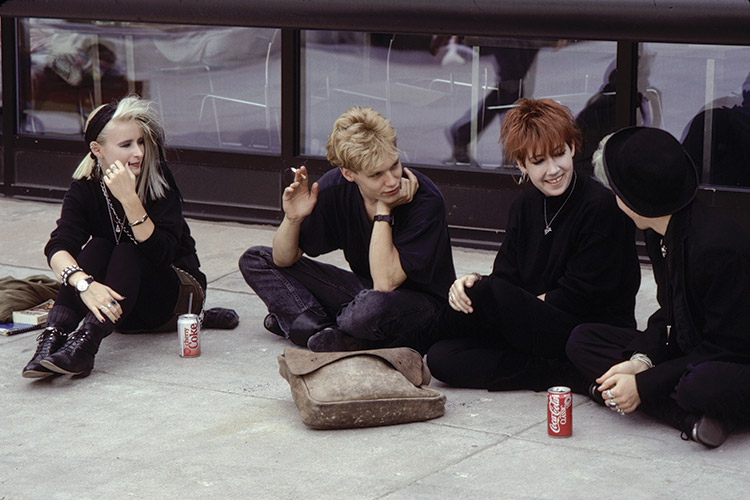 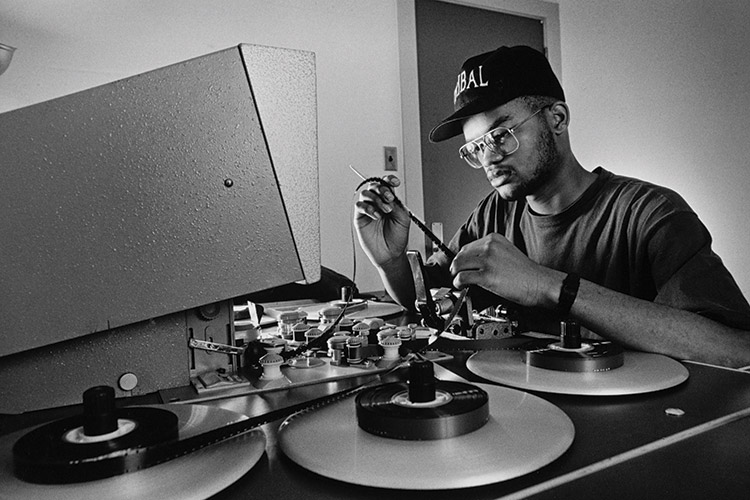 Eric Haywood, 1992, currently a writer on the TV series "Empire" 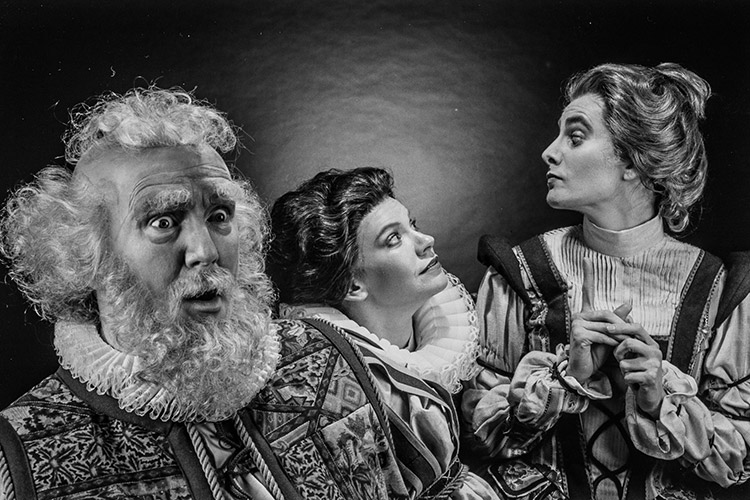 Before students took graduation selfies with ubiquitous phone cameras, Alan Magayne-Roshak was a shy UWM undergrad with an almost obsessive drive to document the world using much bulkier equipment. So there he was at commencement in 1972, decades from the convenience of an iPhone, trying to pull off a one-handed shot of receiving his own diploma.

To do it, he had to guess-position the camera at arm’s length and click the shutter at the perfect moment. He wanted to capture both his own face and that of the Letters and Science dean handing off the document. “I knew I only had one chance to get it right,” Magayne-Roshak recalls. “I wouldn’t be able to stop and advance the film to get another shot.”

He got that shot, and so many more. Not just while documenting the rest of commencement for UWM’s Photo Services, where he worked as a student, but while spending the rest of his career working as a UWM photographer. Decade after decade, Magayne-Roshak’s camera was trained on the university’s campus and its people. Perhaps nobody has played a bigger role in capturing UWM’s history since the university’s official inception.

“He’s a visual encyclopedia of all things UWM,” says Nancy Mack, who worked on the student newspaper with Magayne-Roshak before editing UWM publications from 1996 to 2014. She calls him the university’s institutional memory.

It’s been 60 years since two state institutions combined to form the University of Wisconsin-Milwaukee, six decades of filling an ever-present need for access to higher education and economy-boosting research while witnessing a torrent of social change and weathering growing pains. To commemorate the anniversary, UWM is planning celebrations and special events throughout the school year.

Since 1956, more than 20 buildings have been erected, 34 doctoral programs created and more than 178,000 graduates produced. UWM has the state’s only school of architecture and opened the state’s first MBA program, both established in 1966.

Through almost all of it stood Magayne-Roshak, now 68, diligently documenting the growth of the city’s public university in pictures. “He has recorded – formally and informally – an amazing slice of the campus’ history,” says David Gess, a fellow alum who also worked as a UWM photographer from 1978 to 1990. “It amounts to nearly 50 of the university’s 60 years.”

Magayne-Roshak says becoming a campus photographer right after graduation was a “dream job,” and it remained so until his retirement from UWM in 2013. His technical and creative expertise was recognized by more than 100 awards, among them the University Photographers’ Association of America’s “Photographer of the Year” honor in 1978 and its “Master of the Profession” accolade in 2014.

Particularly fond of portraiture, Magayne-Roshak used 18 different cameras during his UWM career, including a homemade 4-by-5-inch wooden box with an 1870s lens bought at Rummage-O-Rama.

“He was in an environment surrounded by really interesting people and photographing them,” Gess says. “That was part of why he never left.”

Alan Roshak was born in Chicago to Wisconsin natives and moved to Milwaukee at age 8. His father, an optometrist and amateur photographer, had developed film from reconnaissance missions during his World War II service. So the young Roshak learned the nuances of using a camera and, as a teenager, he spent weekends photographing old buildings in Milwaukee slated for the wrecking ball.

Because most of his relatives had attended UW-Stevens Point, Roshak was expected to do the same. But he finished coursework at South Division High School six months early. So, while waiting for fall semester to attend UWSP, he decided to enroll at UWM for the spring of 1966. He never left.

Almost immediately, Roshak discovered the student newspaper, the UWM Post. For eight months, he did a comic strip. “Then, one day, the photo editor needed someone to cover an event in the Union,” he says.

But the Plan-A photographer didn’t have a camera with him that day. “I always carried a camera,” Magayne-Roshak recalls, “so I said, ‘I can do it.’” He doesn’t remember exactly what that first opportunity was, but he’d proved his reliability. His first published photo in the Post was of Ted Sorensen, aide to the late President John F. Kennedy, who was on the UWM campus giving a lecture.

He loves the way a picture’s details can tell a story in the subtlest way. “Some things, you know you’ve got to get a shot of, like someone dressed in a bunny costume crossing the street,” he says. “But other times, I just wanted to get the picture of something that nobody noticed unless they looked twice.”

Like the well-worn spots on a library floor in front of some public rotary phones, back when such phones were prominent on campus. By the mid-2000s, almost all public phones had disappeared.

Roshak, who hyphenated his last name after his 1970 marriage to former Post reporter Kathryn Magayne, launched his career during a turbulent time at UWM and campuses across the nation. Racial tension and opposition to the Vietnam War bred a stream of public protests, and they were often the focus of his early work. But the atmosphere was rarely so politically and socially charged.

In addition to the usual spate of award ceremonies, speeches and images publicizing academic research, Magayne-Roshak captured the daily lives of several generations of UWM students. He did so as enrollment shot up. In 1956, UWM’s enrollment was 6,195. By 1971, it was more than 22,000. For the 2015-16 school year, the number stood at 27,156.

He was often dispatched to cover celebratory scenes like the one in the Union on Dec. 4, 1967 – the first time students who were 21 years old could buy beer on campus. His photo shows a TV cameraman filming exuberant youth reveling in the moment, but doing so with school spirit, courtesy of their UWM-branded steins.

Covering sports may not have been his favorite assignment, but he amassed quite a collection anyhow, reminders of a time when UWM’s football team played the University of Illinois-Chicago at Soldier Field. Funding issues contributed to UWM nixing its 75-year-old football program after the 1974 season.

Oft-tight finances didn’t keep UWM from growing into a major research institution and a destination for renowned experts. The internationally recognized Fine Arts Quartet relocated from Chicago’s Northwestern University to UWM in 1963, and Magayne-Roshak has photographed them multiple times.

In 1978, UWM became the new home for the archives of the 127-year-old American Geographical Society, a $30 million collection of rare maps and other historical documents. From atop Enderis Hall, Magayne-Roshak photographed the arrival of a caravan of cargo-laden trucks, which originated in New York and was escorted by state police.

The memories, and photographic evidence of them, go on and on, and Magayne-Roshak took pride in coming up with different ways to present his work. Long before the digital revolution, he had to find old-school solutions to photographic problems, such as manually piecing together images to help faculty document steps in their research.

And there were times when the artistic side of his photography took center stage. He had a fondness for taking “before and after” photos of the built environment, not just at UWM, but across the city of Milwaukee. In 2003, he exhibited pictures of disappearing old Milwaukee at a School of Architecture and Urban Planning show called “Less is Less: The 70s – A Decade of Demolition.”

“I want to remember things I see exactly as they happened,” he says. “With the photos I’ve shot, I can always go back and look again – and remember the details that might have been forgotten.”

Even when retirement became reality, he couldn’t quite give up working for UWM, and the school is still benefitting from his store of knowledge. He’s now digitizing many of the thousands of photo slides stored in the Photo Services offices to prevent snapshots of history from being lost or discarded.

He is uniquely qualified for the task.

“Yeah,” he quips, “because I have a mind like a rusty steel trap.”