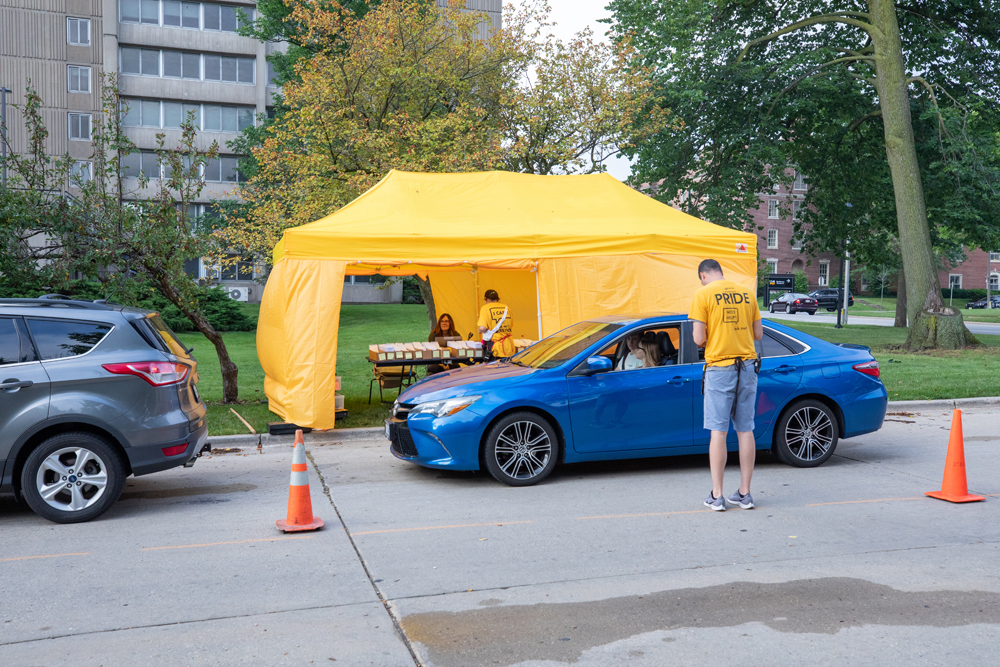 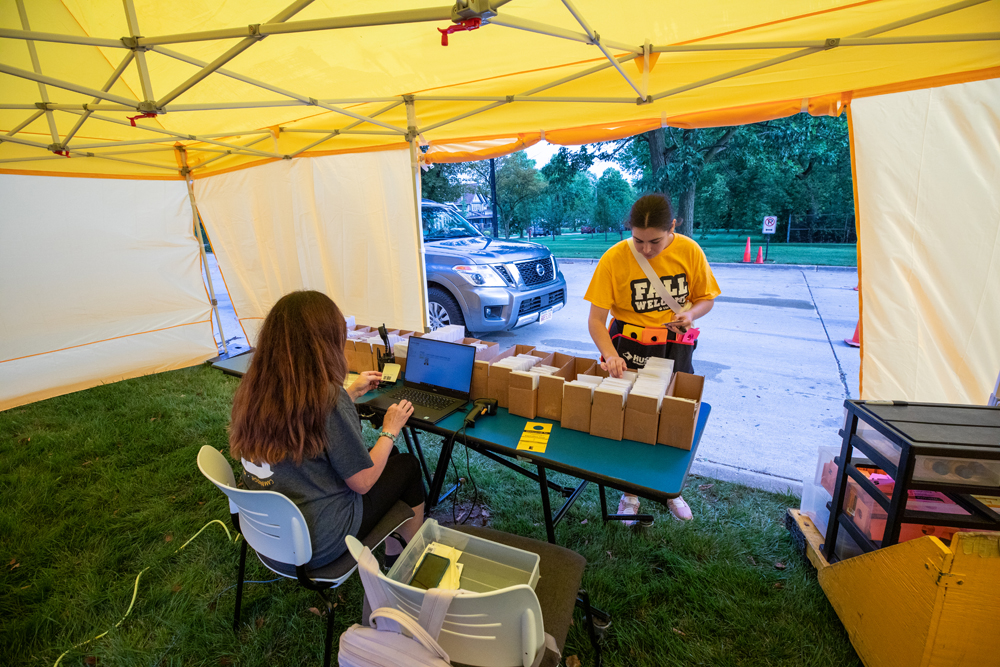 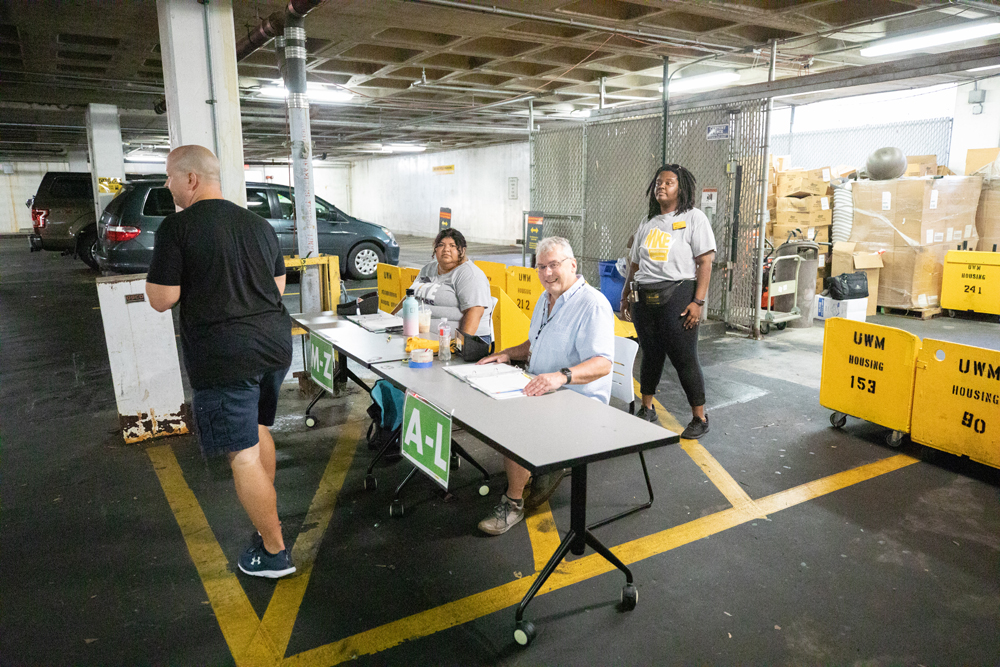 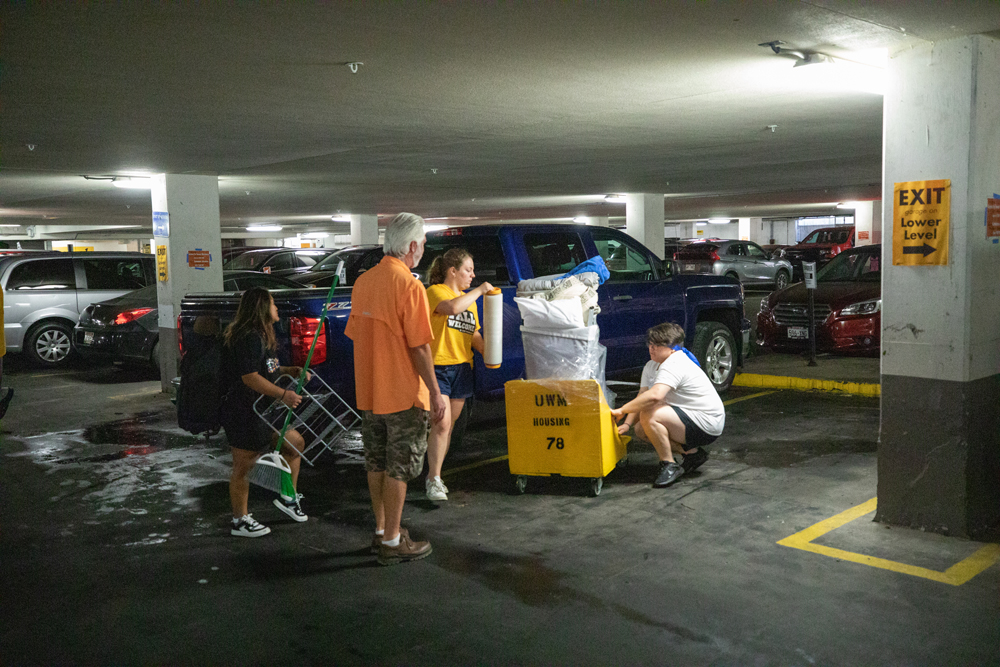 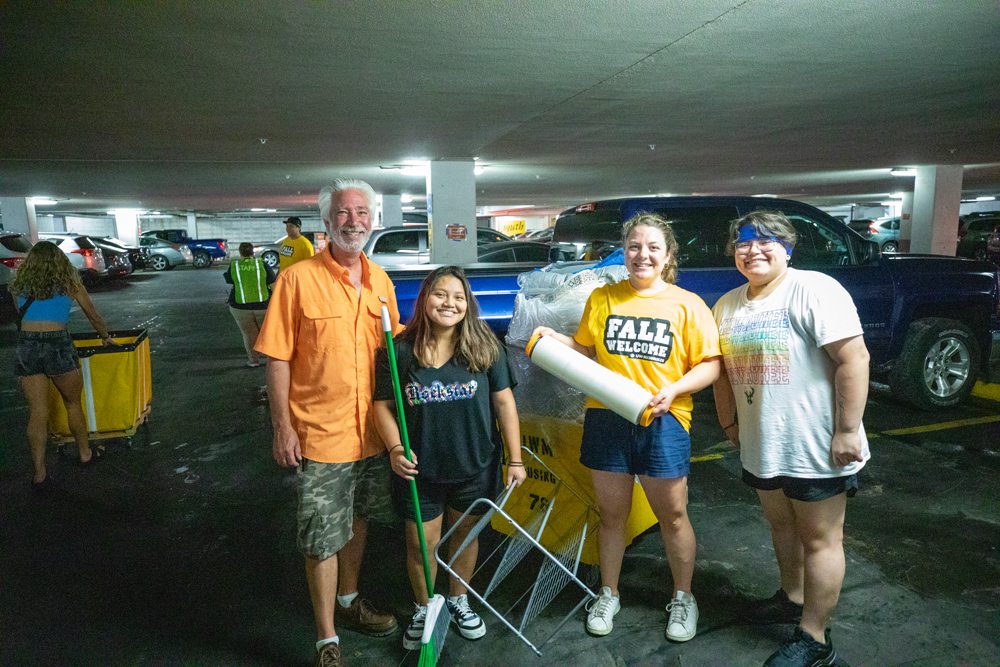 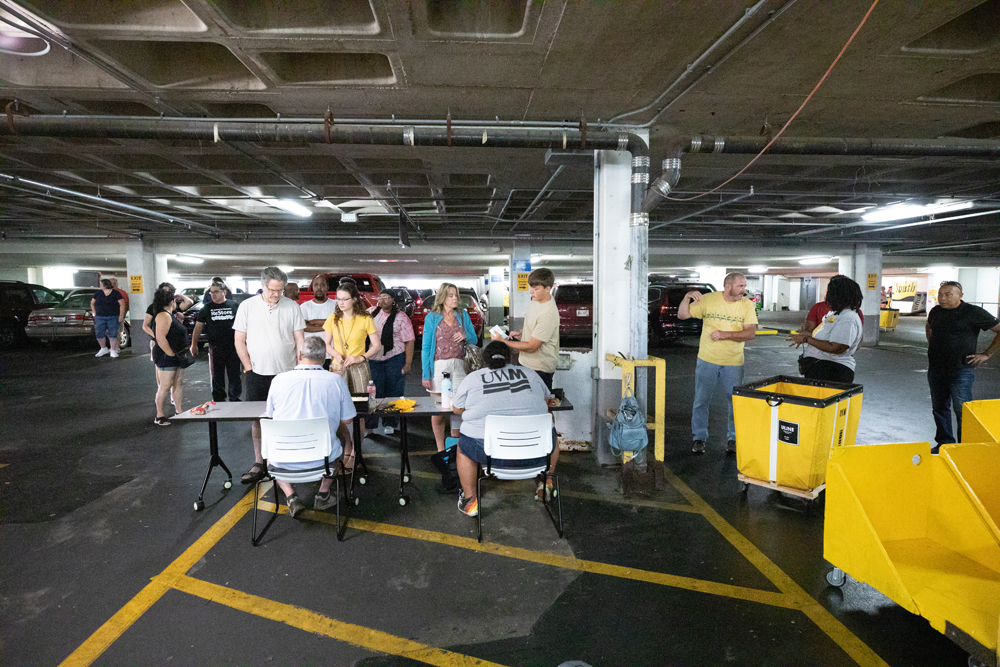 Students and parents stop at the cart and shrink wrap area before heading to their rooms at Sandburg. (UWM Photo/Troye Fox) 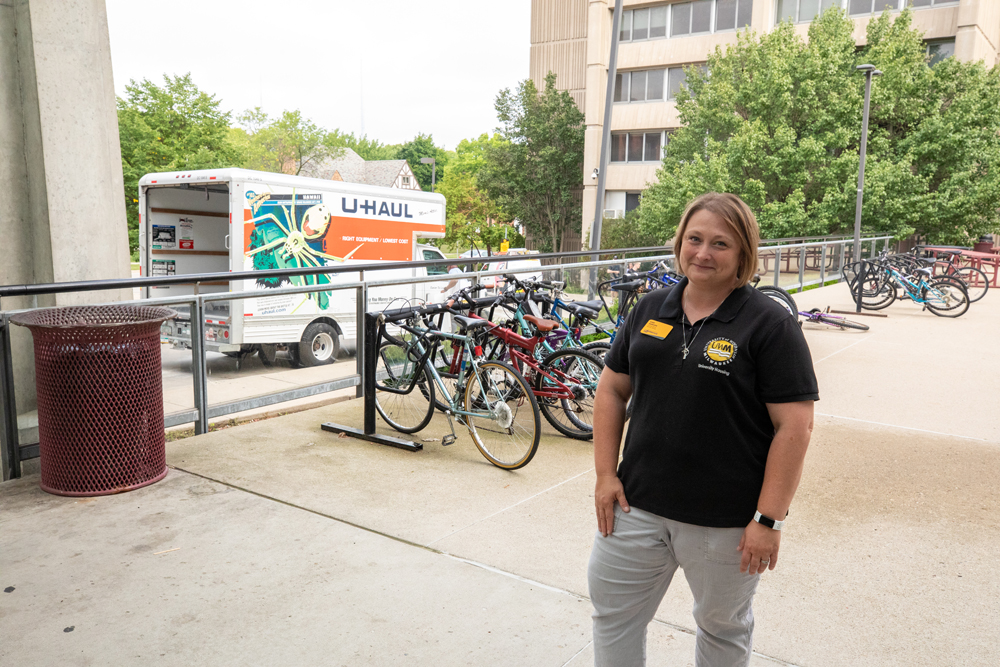 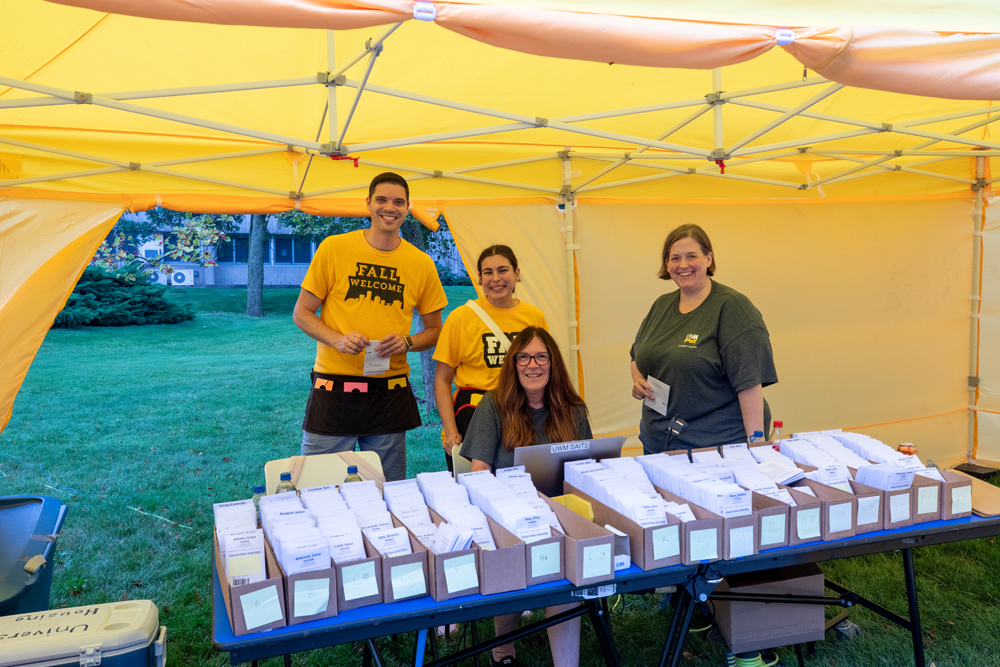 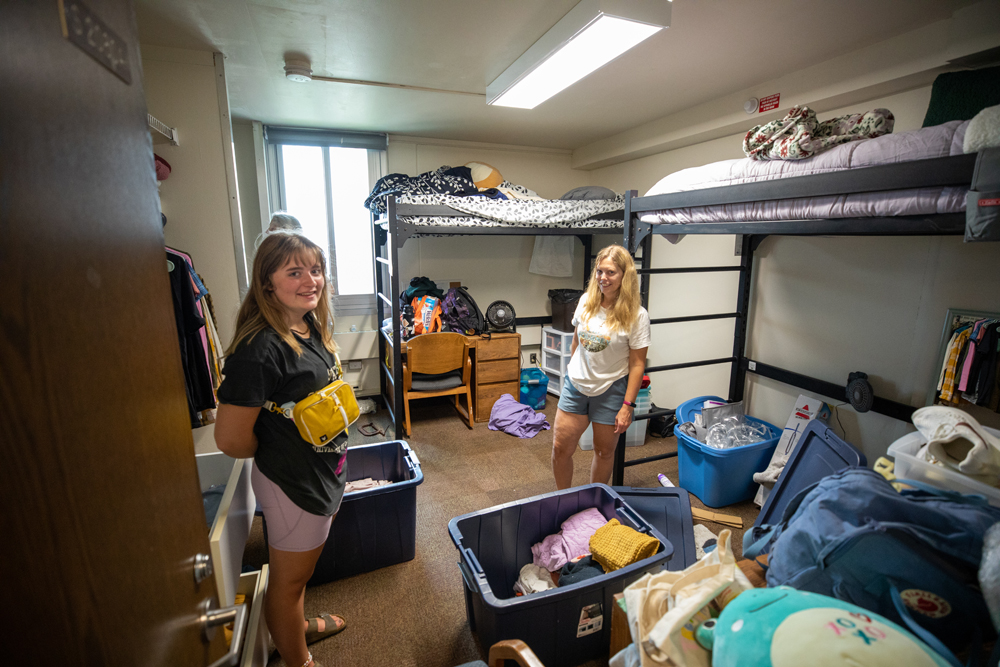 Another school year kicked off Monday as some 3,300-plus students began moving into university housing at UW-Milwaukee, coming from around the country and around the world. An army of UWM volunteers met them, helping the students and parents get all their stuff from cars and trucks into their college homes for the next nine months.

Some other interesting statistics and fun facts from University Housing about move-in: