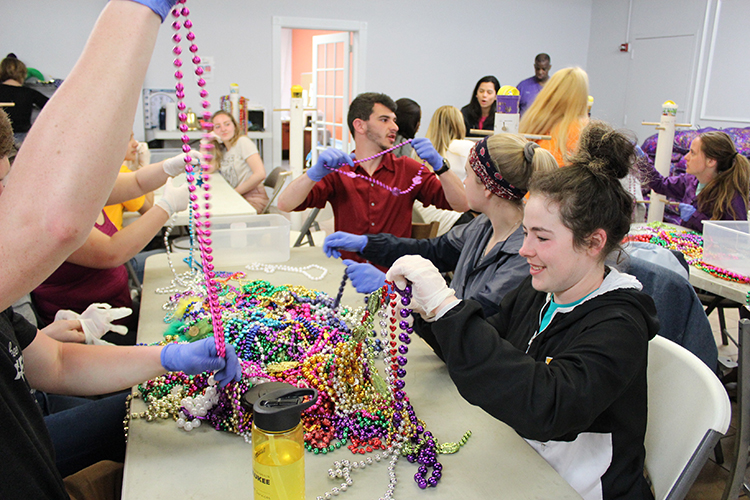 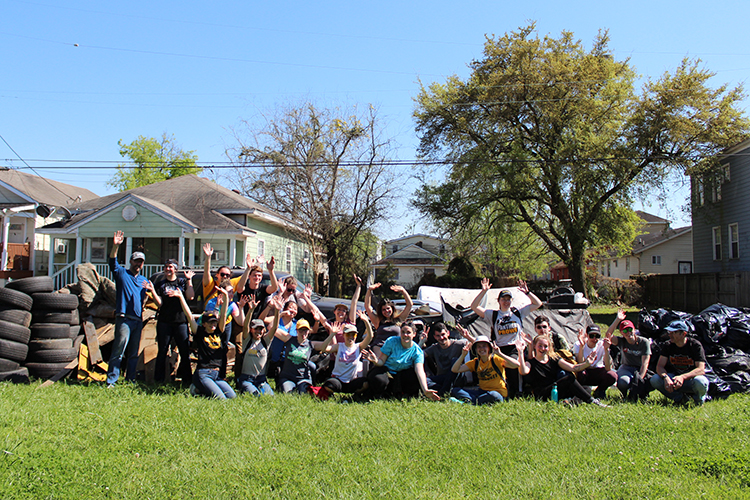 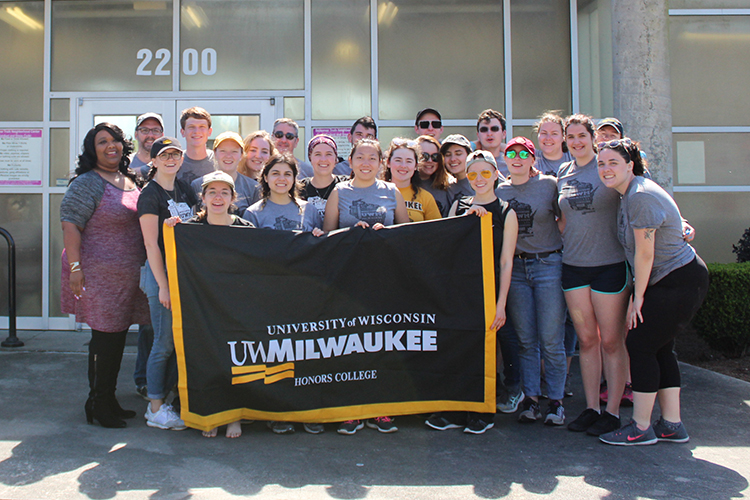 UWM Honors College students and staff posing for a group photo outside of the Sojourner Truth Neighborhood Center with their staff. (Photo courtesy of Lena Orwig) 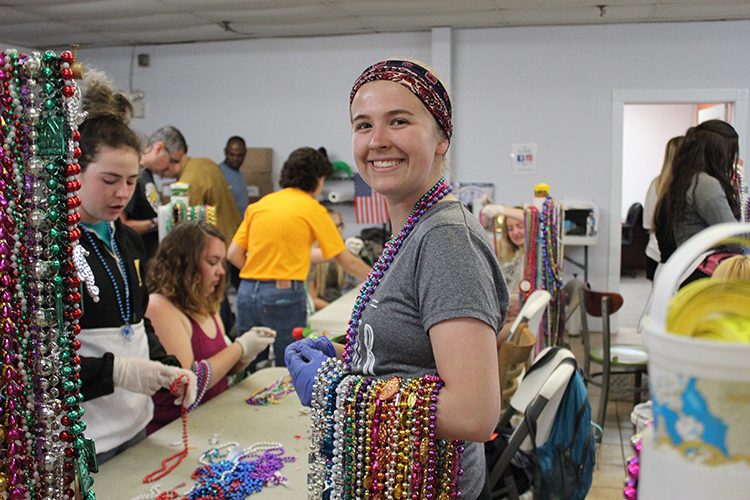 Brianna Schubert shows off the Mardi Gras beads she has collected with Mackenzie Zimdars and Brooke Yocum in the background untangling more beads. (Photo courtesy of Lena Orwig) 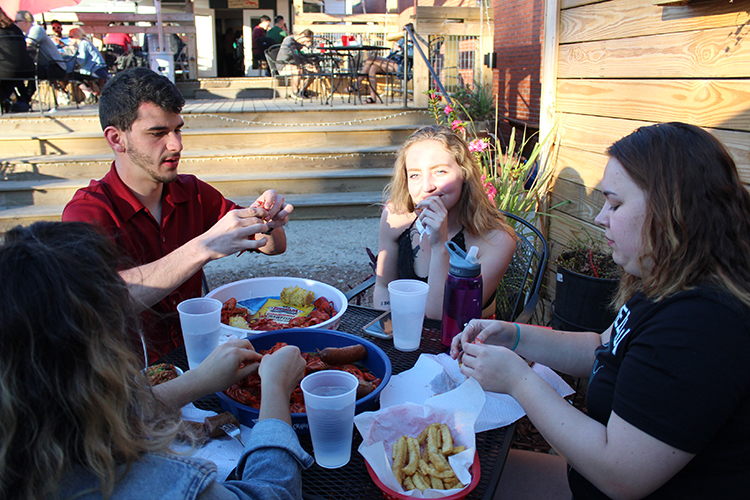 Sal Gauthier and Brooke Yocum (right) pull their crayfish apart to get the meat out while a bemused Alyson Nordstrom eyes the scene. (Photo courtesy of Lena Orwig)

Twenty students from the UWM Honors College spent their spring break in New Orleans, but the trip wasn’t just about food and music. The students also contributed their hard work helping out the community.

The students teamed with the Sojourner Truth Neighborhood Center to do some landscaping and cleaning, and elsewhere also contributed such work as clearing vacant lots of trash and preventing Mardi Gras beads from fouling the storm sewer system.