Growing up along the Pennsylvania shore of Lake Erie, Natalie Rumball had a front-row seat to one of the Great Lakes’ most pressing problems.

“I saw how water quality changed in just my lifetime,” she recalls, which led to her interest in helping fix those problems.

It also led to her doctoral candidacy under Sandra McLellan, professor at UWM’s School of Freshwater Sciences, and doing research in the McLellan Lab.

“What drew me to Sandra’s lab is her goal in helping society at the beach level,” Rumball says. Now, she’s pursuing research that could help people spend more time at the beaches she loves.

Every summer, “Beach Closed” signs spring up along the Great Lakes’ sandy shores, a response to high levels of E. coli bacteria detected in monitoring samples. E. coli is found in the guts of everything from seagulls to cows to humans, and it leaves their bodies along with waste. Afterward, E. coli can be washed into waters by rain, often accompanied by pathogens and viruses that pose serious public health risks.

So when beaches show elevated E. coli levels after heavy rains, those beaches are often closed, as it’s considered a sign of sewage-polluted runoff. But that’s not always the case, Rumball says, and most strains of E. coli, by themselves, aren’t harmful to human health.

McLellan discovered one such false alarm several years ago while monitoring some of Milwaukee’s more frequently closed beaches.

“My students and I would go out by boat and take 50 samples, and we would see there was no E. coli in the offshore waters,” McLellan remembers. “But when we drove to the beach and took a sample, we would see really high levels of E. coli at the beach.” 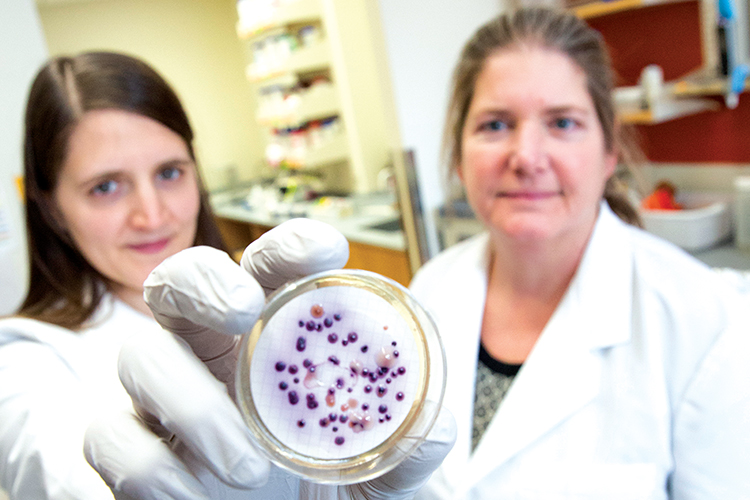 Graduate student Natalie Rumball (left) displays a sample of E. coli bacteria. Rumball is working with Professor Sandra McLellan to determine the conditions in which E. coli may survive and thrive in sand. (UWM Photo/Troye Fox) 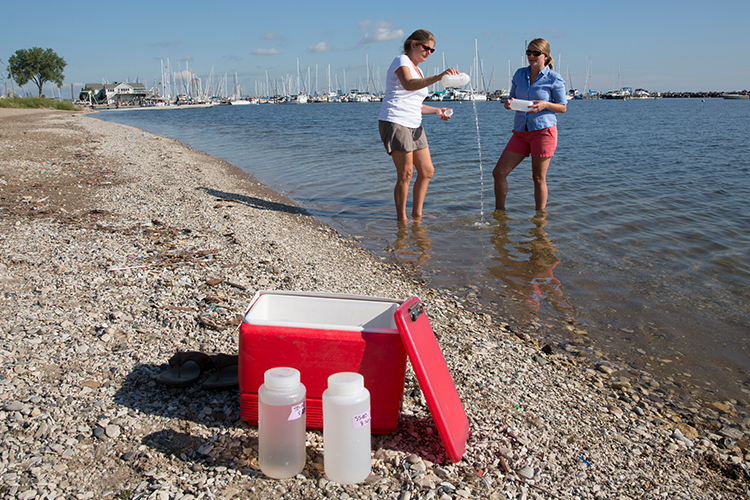 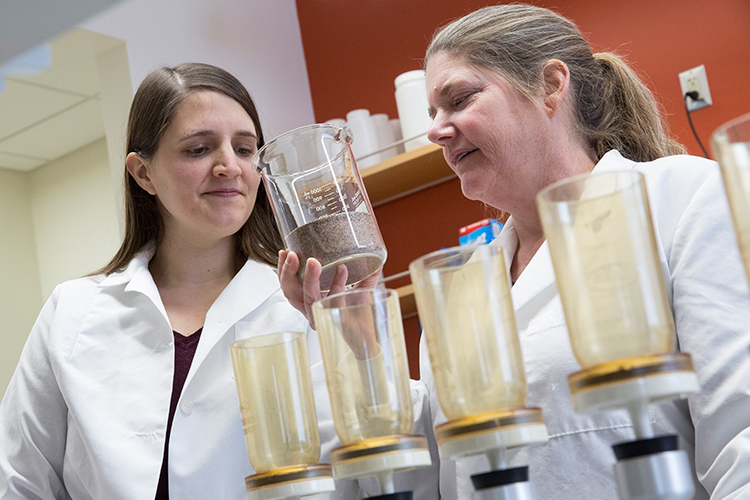 Rumball and McLellan discuss their work in a lab at the School of Freshwater Sciences. (UWM Photo/Troye Fox)

Turns out that not all E. coli detections were a sign of sewage-polluted runoff. Sometimes, the bacteria were already thriving in the sand.

Rumball says there’s a good chance “we’re really getting things wrong” when it comes to beach closures. What health officials need is a better pollution test to differentiate harmless E. coli instances from problematic ones.

In summer 2017, Rumball buried E. coli colonies obtained from different hosts, like gulls and humans, in beaches along Milwaukee’s lakefront and left them there six to 14 weeks. She’s comparing the genetics of colonies that survived their beachfront stay with those that didn’t, and she’s trying to identify which E. coli strains grow in the sand.

McLellan says Rumball hasn’t shied away from the “brute force” work needed to get the experiment up and running.

“I can’t give Natalie enough credit,” McLellan says. “She’s made this theoretical experiment we wanted to do real.”