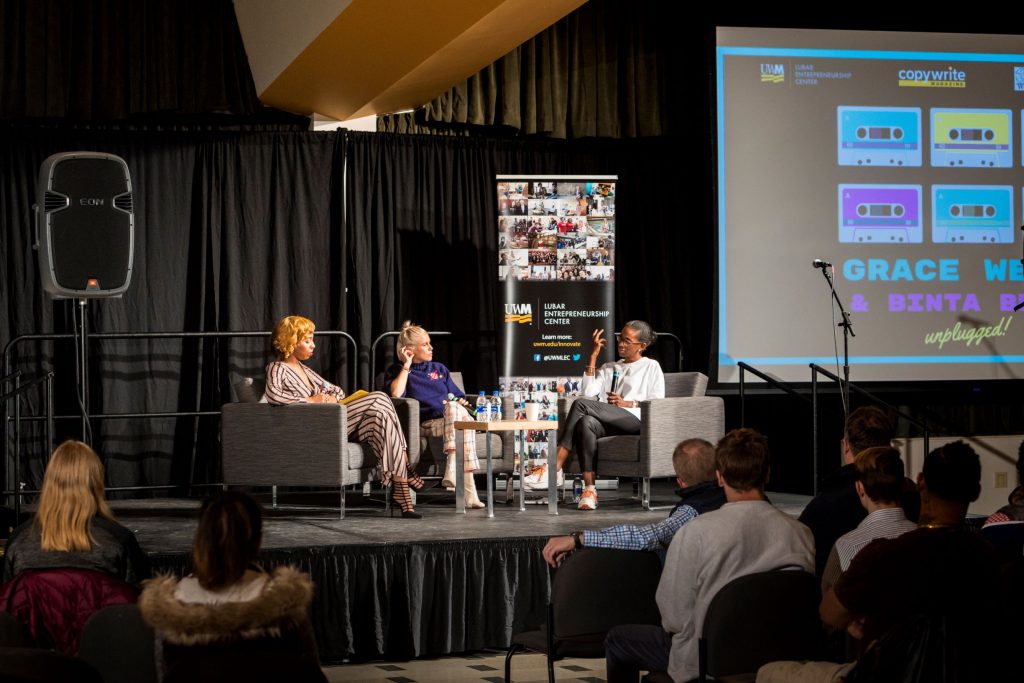 On October 25th, the Lubar Entrepreneurship Center brought in award winning music artist Grace Weber and her manager Binta Brown for a profound discussion on entrepreneurship in the music industry, social innovation, and professional development. The panel was led by business owner, graduate student, and 2018 UWM Student Entrepreneur of the Year, Lexi Brunson.

Grace is a Wisconsin native, born and raised in Wauwatosa, WI. Growing up in a musically-inclined family, she has been singing ever since she can remember. She has seen many notable successes like performing on Showtime at the Apollo and being a featured performer on the Oprah Winfrey Show. She has also co-founded the Grace Weber Music Lab in Milwaukee, WI: a nonprofit, hosted at 88Nine Radio Milwaukee. The Lab provides space for high-schoolers interested in music creation to learn from and interact with music professionals. 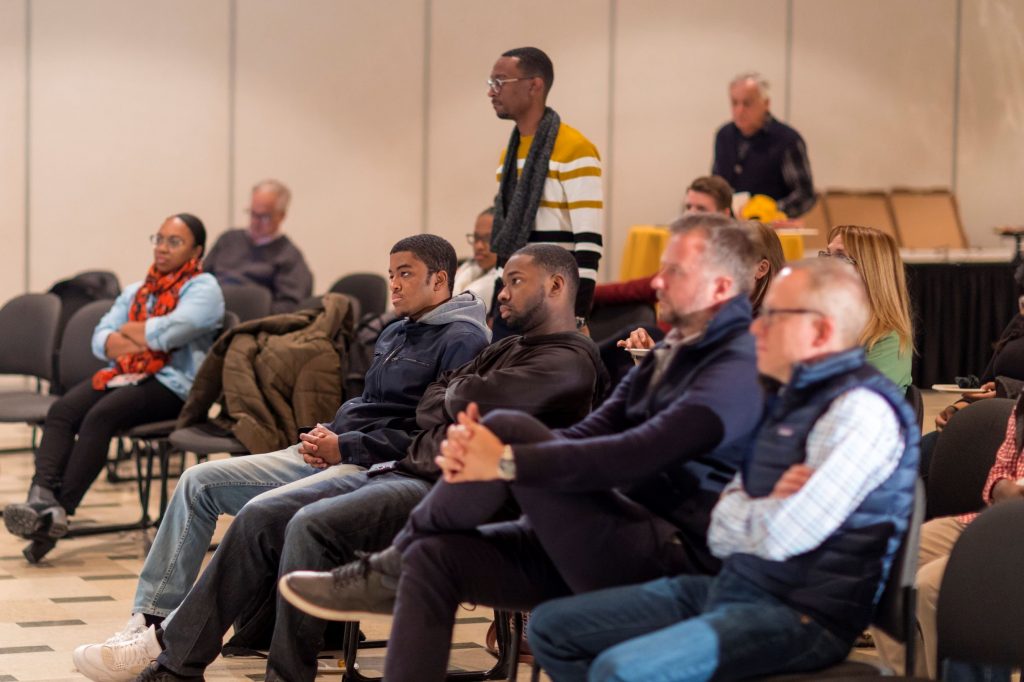 Binta has a wide-ranging professional background. Apart from being a trained classical musician, she is a former corporate lawyer, who advised large clients like Time Warner, Universal, and HBO. Binta is the owner and founder of Big Mouth Records, the record label that Grace is signed to.

This was an extremely insightful event, with Grace and Binta holding back no details about their routes to success. Although they had very different paths to success, they held many of the same opinions about professional development. They both believe that, often times, the things that don’t work out for someone later turn out to be for the best, even if it seems like a failure at the time. Another common thread was that, to be truly successful, one has to trust in their own ability and skills, even if no one else does. They both have experienced failure, and shared stories of how they learned from those circumstances and experiences. The event ended with talks about Grace’s new album, and an amazing live performance from Grace. 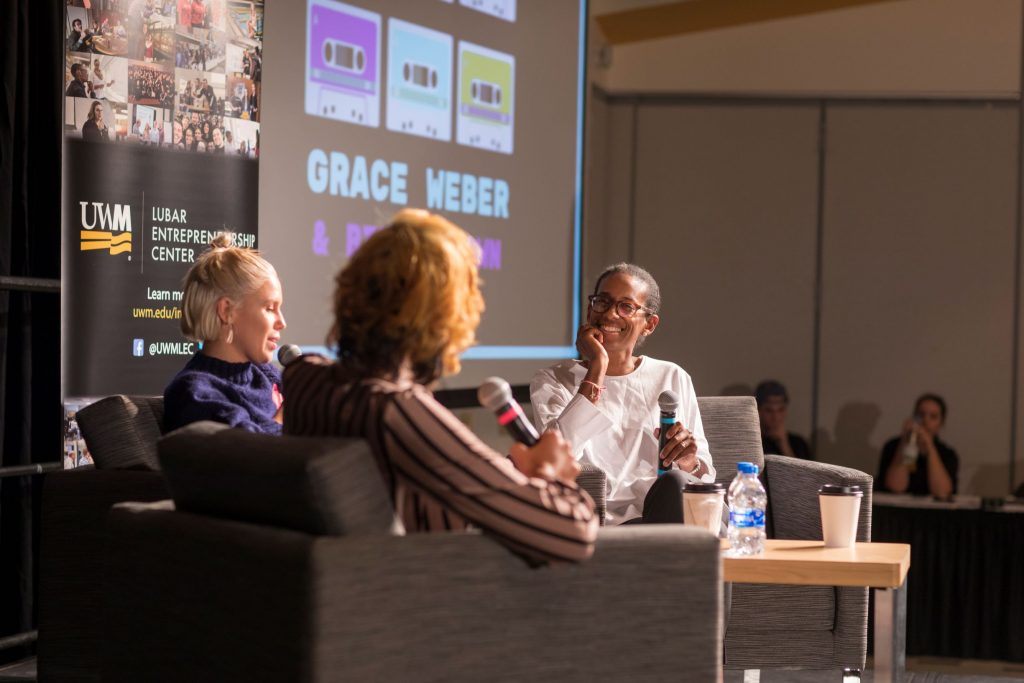 Congratulations to Jim Hunter 3x Advisor of the Year