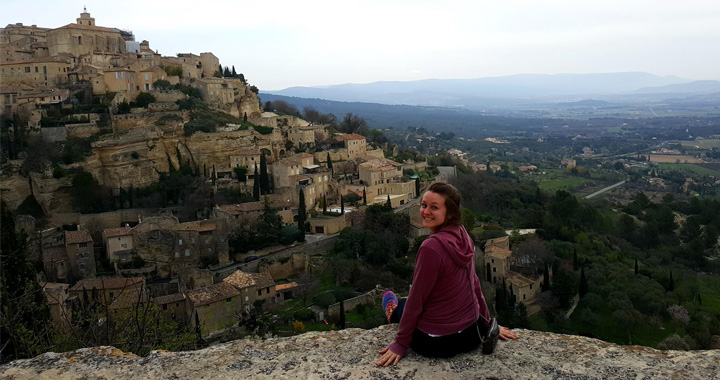 When French and Global Studies major Kati Latta arrived in Lyon, France, the city was in the midst of an extreme heat wave – temperatures rising upwards of 100 degrees. Latta and a French friend wandered the streets in search of shade, and eventually came across the city center, known for its large, majestic fountains. Latta’s friend mentioned that people tend to wade in the fountain in order to stay cool, so Latta didn’t hesitate to jump in before noticing that she was getting some disapproving looks. She turned around to see her friend, in hysterics, taking photos of her—the American girl had been duped.

Fountains notwithstanding, Latta always dreamed of studying abroad in France, ever since her older sisters taught her the French alphabet and numbers as a child. She is currently finishing her studies overseas and will soon return to the U.S.

The UWM study abroad program enables students to earn course credit in over 170+ programs and reap the benefits of studying in a foreign country.

“Students who have studied abroad not only benefit from the transformative experience, but they are also more likely to graduate, be accepted into graduate school, and may earn a higher starting salary than those who did not study abroad,” said Mark Eckman, director of the UWM Center for International Education. “The benefits of increased cross-cultural competency, greater independence and autonomy, strong problem solving skills, ability to communicate across cultural and linguistic barriers, and a broader global perspective are all traits that employers value.” 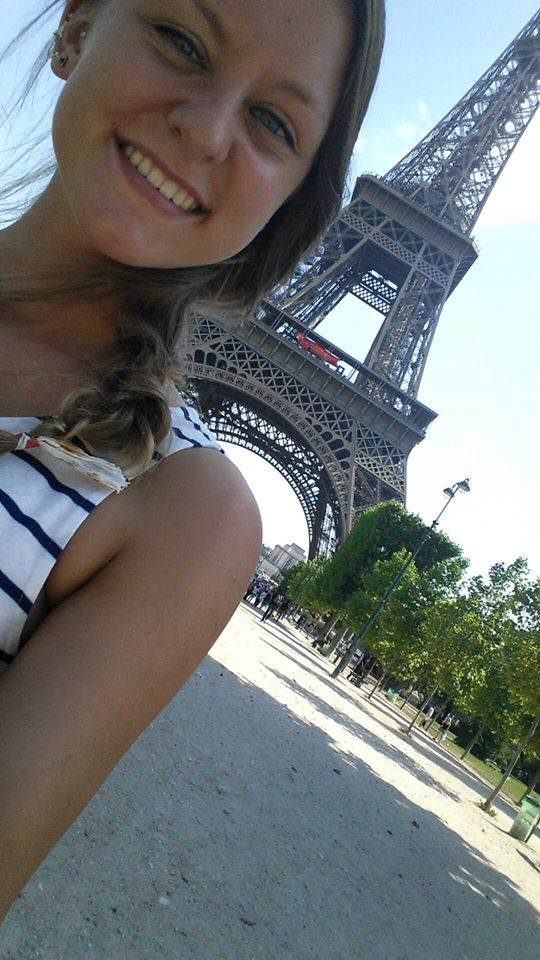 For Latta, study abroad is not just a recommended move for her studies, but something she’s been working towards her entire life. Upon arriving in France, she had no trouble fitting in, even with English as her primary language – though there are some striking cultural differences.

“I’ve learned how happy and optimistic America truly is,” Latta said. “We smile at perfect strangers on the street, offer to help someone struggling with their bags, or volunteer to help repair a flat tire. In France, people pass each other with no more than an emotionless glance.”

Beyond the French’s disinterest in others, Latta has also noticed their unusual way of forming friendships.

“The French approach friendship vertically, whereas Americans tend to approach friendship horizontally,” Latta said. “Americans often value quantity over quality; we have many acquaintances, but very few close friends. It takes a long time to build a relationship with a French person, but once you become friends, it is expected to be a lifelong engagement.”

Academics were another hurdle that Latta had to overcome. French professors approach teaching far differently from American educators. She finds it challenging and stressful, but rewarding.

“French teachers don’t highlight students’ strengths, but rather their weakness, and make a spectacle out of it for the entire class to learn from,” Latta said. “I wasn’t expecting to be torn apart in front of my peers, but it actually has benefited me to learn from others’ errors as well as my own.”

It’s not all troubles and hard times however. France is exceptionally geared toward youth, offering programs that defray the cost of travel for students under 25, which makes it easy to book weekend trips to virtually anywhere in Europe. Latta has spent time in cities like Brussels, Amsterdam, Budapest and Paris.

Her favorite landmark is Mont Saint Michel, a rocky tidal island with breathtaking castle-like structures. She enjoys the incredible architecture, fascinating history, and even the quicksand.

“The quicksand was nothing I’ve ever felt before. At first it was dry and chalky, then as we got further away from Mont Saint Michel, it turned into a mucky clay texture,” Latta said. “At one point we were knee deep in a strong, slippery current that had the power to take your breath away. The quicksand is something you can’t miss if you visit France and to me, it was a perfect day.”

During one of her weekend trips to Barcelona, something happened that dramatically changed Latta’s view on human behavior. On her plane ride home, she sat next to a Muslim woman. During the ascent, Latta heard the woman gasp for air and cry out because of the turbulent plane. Everyone around her tried to tune the woman out with their headphones. Without thinking, Latta reached across the aisle to hold the woman’s hand and talk to her until they were flying smoothly. After the flight was over, the woman gave her phone number and insisted that Latta come to dinner with her family.

“That day was one the most affecting moments of not only my time here in Europe, but my entire life,” Latta said. “Even though French isn’t my native language, nor is Islam my religion, kindness is something that everyone understands and appreciates. I never would have realized this had I not done this program, and for that, I am forever grateful.”

From private to public to nonprofit, MPA grads make good